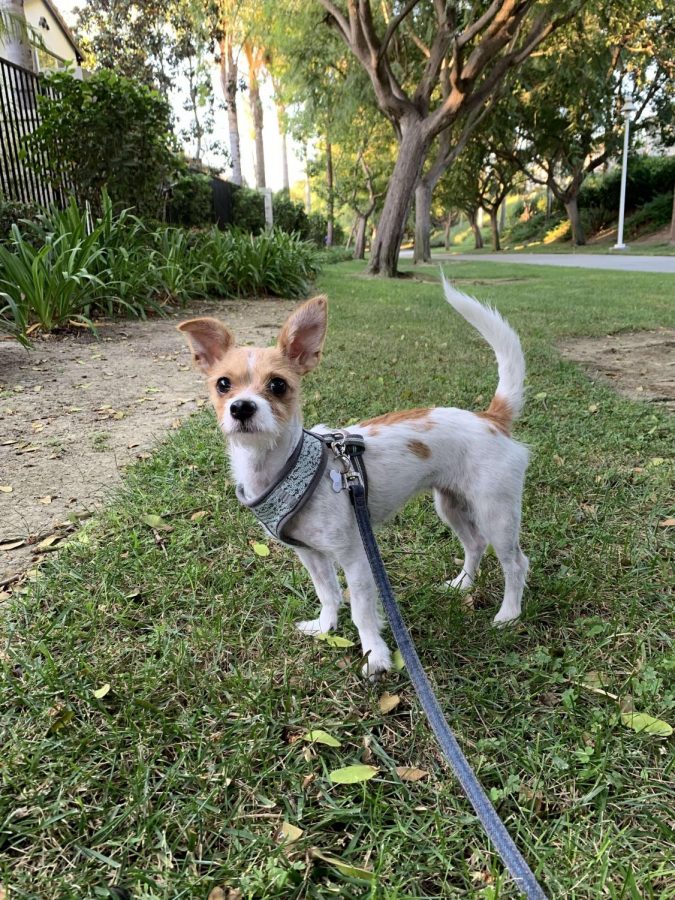 Fake service dogs have become a threat to genuine owners and their dogs. Photography by: Sophia Ngo

With the population of service dogs growing, more people have been counterfeiting their pets for their own benefit. They can be seen anywhere from malls, restaurants, stores, and even airplanes. For instance, Youtuber, Lexie Godbout, who struggles with PTSD, titled her video, “FAKE SERVICE DOG ATTACKS MY REAL SERVICE DOG ON FILM.” Her dog was fortunately trained for encounters like this in which he ignored the other dog and instead alerted his owner that she needed her medicine. Situations like these have worsened to the point where twenty-one states have made a new law stating that it is illegal for a person to pass their pets as real assistance animals. The unofficial dogs are becoming a danger to certified ones, causing problems everywhere they go.

Support dogs have served an important purpose in human life starting in the Roman Empire, 70 CE. A painting was discovered in the ruins of Pompeii that portrayed an image of a dog helping a blind man. In 1780, a Parisian hospital for the blind, Les Quinze-vingts, began training dogs for people who were blind; in the following years, hospitals trained dogs to help patients that were blind. Les Quinze-vingts then unofficially became the first school for guide dogs. Later on, in 1929, a woman named Dorothy Eustis opened the first guide dog school for the blind in the United States called “The Seeing Eye,” influencing new dog academies to open for people with medical issues or disabilities. Assistance dogs have been helping since the CE era and provide great guidance for people with severe conditions. Having fake service dogs being treated like legitimate support dogs can cause problems and endanger society.

Statistically, there are approximately 500,000 service animals in the United States. They are trained for 120 hours over a six month period to perform specific tasks that help individuals who have disabilities which costs $15,000-$30,000 per dog. However, some people try and pass their pets as service dogs, threatening real service dogs. But why are fake service dogs dangerous? According to Roxanne Hawn’s, “Four Ways Fake Service Dogs Make Life Harder for People Who Need Service Dogs,” “each time a dog [is] presented as a service dog [and] behaves badly in public, it makes life harder for the people who rely on service dogs.”

When service dogs act poorly in public while actual assistant animals are present, it causes discrimination for both parties, meaning both the dogs and the owners are being ridiculed. This may lead to service dogs being denied access to stores where the handlers need to go to. Hawn further explains that “fake service may distract real ones from doing their job, potentially putting handlers at risk.”

If these fictitious animals approach a working service dog, it can distract them from working. Depending on the circumstances, this puts the owner in harm’s way and has the potential to cause an injury to the pet. Although, there can be ways to differentiate spurious service dogs from real ones and prevent dangerous situations from occurring.

With the commonness of fake guidance animals, it is essential to establish the difference between the real and the phony. A fraudulent service dog can be identified if it is barking and lunging at people in public. Even though some support dogs are trained to bark at their owners, they are doing it to alert an incoming medical problem or health issue. People can also tell if the dog is real or not if it is not acting well behaved in public. All assistance animals are required to have manners and patience while outside with their handlers. Additionally, identifying what service the dog is required to do can help pinpoint whether or not the animal is legitimate.

New laws have been put in place in order to alleviate the situation, but it has not been able to completely prevent incidents from occurring. People can help by identifying authentic service dogs using small, yet detailed clues as those previously stated. If fake service dogs continue to be used in the public, dangerous situations may occur and the reputations of these animals and their owners may be tarnished.