Books Have a Voice Too 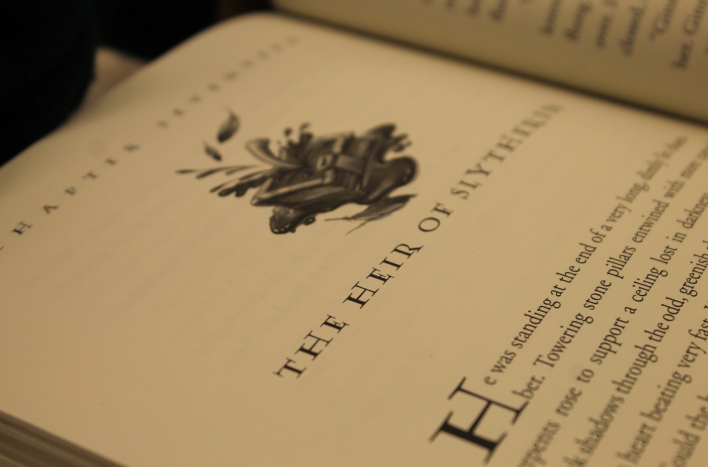 Multiple books across the United States are banned annually due to the controversial topics and themes that are covered. Topics include: violence, profanity, drugs, and alcohol; all of which contribute to the overall meaning and realism of the books themselves. Every book teaches an important lesson whether or not that lesson is relatable, or is important to another individual. A good book can help people understand someone else’s opinions, point of view, or even help them with their own issues.

For me, that book was discovered in sixth grade when my class decided to read The Outsiders by S.E. Hinton, a novel about a young boy named Ponyboy. Composed of his closest family and friends, Ponyboy is a part of a gang when his life takes a turn for the worst as his best friend, Johnny, is framed for murder. The book holds a valuable life lesson in which anyone can get through rough times with the help of friends and family, even when all is lost. In 1986 and 1992 the book was banned from schools in Virginia and Wisconsin for “drugs and alcohol” and “characters… from broken homes.” Thankfully, many of my own friends have read this book at their own schools and learned similar lessons, which opened their eyes to the teenage gang scenes. The Outsiders focuses on the realism of family and friendship, shown throughout Ponyboy’s gang, and can teach teens that they are not alone.

I was heartbroken to find that many classics that I have read and loved have been banned in other states. Since I was little, I have loved the Harry Potter series, so I was shocked to find that the series was recently banned in a Catholic school in Tennessee. A pastor in Tennessee supported this ban, stating the books held “actual curses and spells” that could influence children to “[conjure] evil spirits.” Although the series is mainly avoided by families due to its “witchcraft,” the core root of all the spells are Latin based and were created by J.K Rowling herself, or created from Latin words that are not from a “real spellbook.” Readers will discover that the books teach an important lesson of friends and family defeating evil forces throughout life, instead of conjuring spells.

“Harry Potter is a great book for children because… it is well written and sparks interest in children to continue to read–that will follow them for the rest of their life. My sister and I both read Harry Potter when we were little and [it] has become an important part of our lives today” says David Scharbach, the librarian at Huntington Beach High School.

Harry Potter was only the start of my search for other great pieces of literature that have been taken away from multiple children. There are two classics in particular that shows important lessons: How to Kill a Mockingbird and Of Mice and Men. Since 1958, Of Mice and Men has been looked down upon at schools in Alabama, Kentucky, Illinois, and sometimes in California, due to its “profanity.” This was the majority cause for the banning of this book, but another summer school program in Tennessee stated that “Steinbeck is known to have an anti-business attitude.” Although the characters describe their jobs in a careless way, the reader must first look at the time the novel was written before making such a judgment. Published in 1937, Steinbeck’s main goal was to show the many challenges individuals had to face during the Great Depression. Steinbeck experienced the effects of the Great Depression firsthand, which is possibly why readers may feel the novel portrays an anti-business attitude.

A powerful book with a mature plot, How to Kill a Mockingbird is also set in the 1930’s, focusing on both the Great Depression and the Jim Crow era. This book has been banned in multiple states around the U.S for reasons surrounding the plot such as the featured rape court case, “racial slurs” and “division”. If given the opportunity to read the book within an English class, it ultimately guides the message of the novel along properly, without the interference of misleading commentary or understanding. Similar to Of Mice and Men, the author of How to Kill a Mockingbird, Harper Lee, attempts to educate students about the unfair and injustice system against African Americans at the time. In the novel, Lee explains the plot in the eyes of a child, Scout, the main character and how she — as a young girl — sees how the Jim Crow laws are unfair as well.

I am very fortunate to be able to read these books at my high school. Scharbach agrees, stating that “every English teacher here has their own style of book selection that they have picked for their class to read. From fiction… to poetry, it is really cool to have such a selection offered to students here on campus.”

“There is a limit to a high school library though,” Scharbach explains, specific books should not be offered to students at school. Although these books deserve the appreciation for being apart of great literature, they should also be recognized for the life lessons they teach people of all ages. Books should not be banned because of the important and educational topics they bring to light.