The Reality of the Red Ribbon 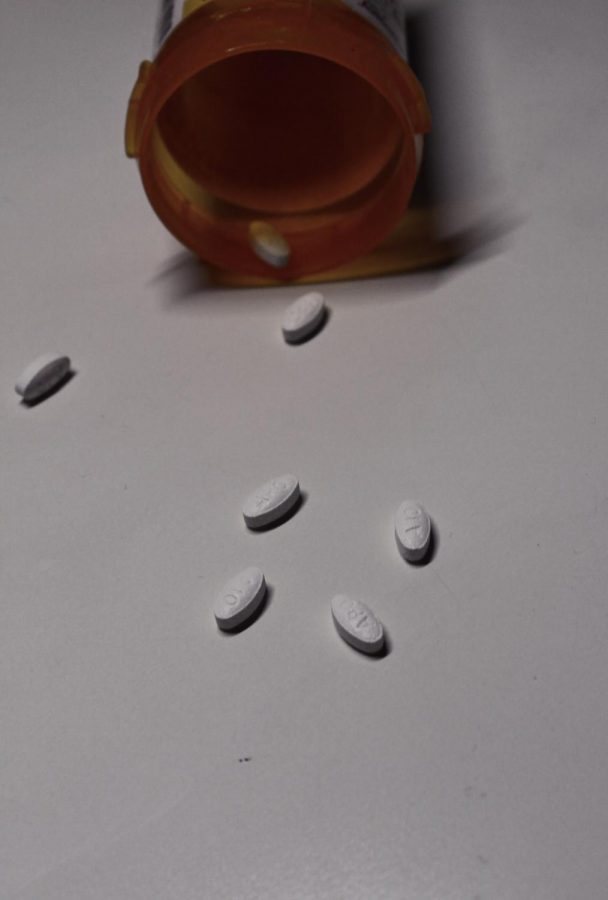 “Look at what you’re going to do to your parents, your family, was it worth it?” If he could go back in time, this is what Tom Briggs, a parent of four students that have attended Huntington Beach High School, would say to his two cousins who overdosed on heroin. They began their drug usage in high school, drinking more and more, smoking marijuana more and more, until more became not enough. They began with the most widely used recreational substances and ended up in a casket with heroin in their veins. The two grew up in upper middle-class families with no financial struggles, no mental issues, and had not gone through any known traumatic experiences. Briggs said that their addictions “seemed like a peer pressure thing they could not get out of.” He consistently stated how no one thinks it will go that far until it does.

Red Ribbon Week started in 1985. If Red Ribbon Week had been more effective, it may have saved these men’s lives. During the month of October, Halloween often overshadows Red Ribbon Week and the importance of it. From a survey of over 50 students at Huntington Beach High School, students were asked if abstaining from drugs was the main focus of the week; 62% of students said it was not. Aside from spirit days with designated dress-up themes, no education was presented on drug usage, prevention, addiction, or anything on substance abuse at all. The week is observed across the nation every October, yet one in every five teens in the U.S. have abused drugs, with most being  prescription drugs. Furthermore, with the average age of 16 being the start of drug usage, Red Ribbon Week could be the perfect drug prevention method, if carried out properly. The best action would be to add a form of educational aspect to the week, whether it be an assembly with a past addict or a family member of one as a speaker, or even a ten minute video that dives deep into the mental, physical, and social effects of substance abuse.

Growing up, children are taught the obvious–that drugs are bad and they should not use them–but no one truly educates children on the real causes and effects. Merely stating that they are “bad” is not enough to truly prevent a person from trying drugs, they need to understand how they affect people. Red Ribbon Week must devote time into teaching the main causes of drug abuse such as depression and bipolar disorder, addiction, trauma, and genetic influences. Furthermore, individuals suffering from addiction tend to be more susceptible to suggestion and often engage in self-destructive behavior.

The causes are easy to guess and understand, but another major aspect of drug usage is the effect it has. When someone thinks of the consequences of addiction, some typically look toward the physical and mental side effects it has on the user themselves. The reality is that there is another side of this issue entirely: the indirect effects it has on the user’s family and friends. Family members can spend thousands of dollars on rehabilitation just to have the user go straight back to substances. Along with this, friends and family can fight intensely with the user, yet most of the time, they will still crawl back to the same white lines and needles. All that friends and family can do is support the user the best ways they can, whether that be in the form of rehab, therapy, or even some tough love.

In Briggs’ interview, he mentioned his aunts and uncles a lot. They often felt anger, sadness, love, and a petrifying feeling that their children were to the point of no return when they were only in their late teens. Users need to open their eyes and see the people that they are tearing apart before it is too late. Because Red Ribbon week wasn’t effective enough for Briggs’ cousins in the 80’s, in the end, “[drugs] just haunted them… [they] were like demons they couldn’t escape.”  The only person who can truly save substance abusers are themselves. However, education and prevention are important initial steps. To prevent more teenage drug abuse, Red Ribbon week is the perfect time to educate students and tackle this ongoing issue in our community.