Taking Back CA-48: An Interview with Brian Burley 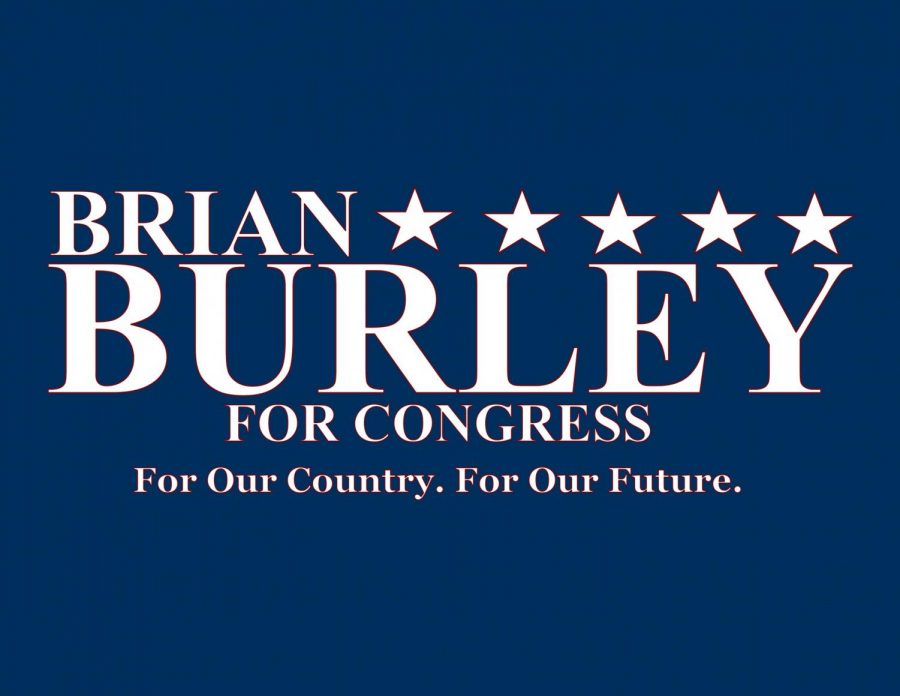 In the 2018 midterms, Harley Rouda defeated Dana Rohrabacher, a Republican 30 year incumbent for the House of Representatives, and turned California’s 48th district Democrat for the first time ever. Since then, some have seen the negative effects of his policies as well as the policies of his party, and Republican voters have taken a majority in Orange County by seven percent. This is bad news for Rouda considering Orange County was the deciding vote last election, and the demographics haven’t changed much since then. Enter Brian Burley, a 26-year-old small business owner from Michigan and a graduate of USC, who has announced his campaign for California’s 48th congressional district. Orange County might be ready for him.

Burley first visited Huntington Beach in 2007 to see his mother who had moved here for cancer treatment. Though she tragically died four years later, he would come to dream of living in Orange County. That dream came true when he came to California State University, Fullerton and transferred to the University of Southern California. One might wonder why Brian Burley–someone who is extremely conservative–still resides in Southern California. “California as a whole has been becoming more and more liberal over the last ten years, but Orange County still remains largely conservative in the face of the state’s evolution,” Burley replied. Considering this, he’d rather stay and fight than pick up and leave.

In this election, Burley will have to face off against the democratic incumbent Harley Rouda. Rouda won the election in the 2018 midterms to become the new congressman of CA-48, and he is up for re-election in 2020. On Burley’s website, he says one of the reasons he feels compelled to run is that he believes that certain politicians lack an ability to relate to those whom they are representing. When asked in person, Burley agreed that Rouda fell under the same category. This is based off the court cases Rouda settled because “he had too many employees who [were] older and who [made] too many claims that [were] covered by defendants’ health insurance provider.” For this reason, Burley thinks that Orange County will find comfort in a candidate like himself who is more relatable. A candidate saying that they’re going to “fight for Orange County families” doesn’t mean anything unless the process is specified. In other words, Burley believes that “candidates need to also provide how they are going to carry out their promises as opposed to just what they are promising along the campaign trail.”

We all love to believe life will be easy and everything will work out in the end, but in reality, it’s going to be particularly hard for us in Orange County to afford a life here. Though the weather is nice, the cost of living has skyrocketed, and California’s middle class is shrinking. This state is dividing into the super rich and the super poor, and it’s only going to get harder for a high school graduate to afford this area during college. That’s the bad news; the even worse news is that it’s only bound to get worse under any sort of suggested higher tax plan. “I began to feel the effects of this as soon as I moved to the area, and I knew that I would have to work harder than ever before to make it through college,” Burley said. Throughout college, Burley began to see a correlation between higher taxes and lower growth and began to wonder why we needed more revenue for the government as opposed to repurposing the money they already have. “It’s for this reason many Americans, alongside myself, find it hard to trust someone like Elizabeth Warren who want to tax more while the money the government is already taking is not being used practically.”

On the topic of taxation, jailing illegal immigrants costs the American taxpayer $116 billion a year. “While I’m in favor of legal immigration, I find myself against sanctuary policies,” Burley said. Though this is a very polarizing topic in California where 45 out of 58 counties hold sanctuary policies, Burley believes his policies are moderate enough to persevere. While he agrees there is a conversation to be had about giving law-abiding illegal aliens a path to citizenship, he doesn’t see a valid argument for jailing illegal aliens. Burley, and many voters like him, don’t understand the misuse of taxpayer money to jail a convicted felon that has no business in the United States in the first place. “While everyone is a human and has both good and bad qualities, our nation still has laws in place against someone illegally entering our country,” Burley said.

Since the 90’s crime rates have been fluxuating on a state and federal level depending on economic trends, and many have been blaming guns for the death count. Our second amendment is perhaps one of the most important rights we have as Americans, and over the years we’ve seen many movements that propose “amending the amendment.” Burley understands how important that is to the American populus. Over the last 20 years, the gun argument has shifted from “against all guns” to some guns; in other words, many people want to illegalize what they call “high capacity assault weapons.” The problem with this is that “assault weapon” is not a defined term, and even if it was, the statistics don’t support their argument. “For the sake of argument, let’s say they are speaking specifically about rifles,” Burley began. “The majority of gun crimes are committed with handguns, and the majority of those guns used in violent crimes are not legally owned.” Criminals already disregard the law, so why is it we believe that changing the law is going to stop criminals?

Brian Burley is up for vote on March 3rd, and to take a deeper dive into who he is and what he stands for, Burley’s website does an excellent job in describing all of his strengths as a representative. As Americans, we all have a civic duty to vote in order to keep our elected officials accountable. So when you step up to the ballot next week, keep Brian Burley in mind for the representative of California’s 48th District.