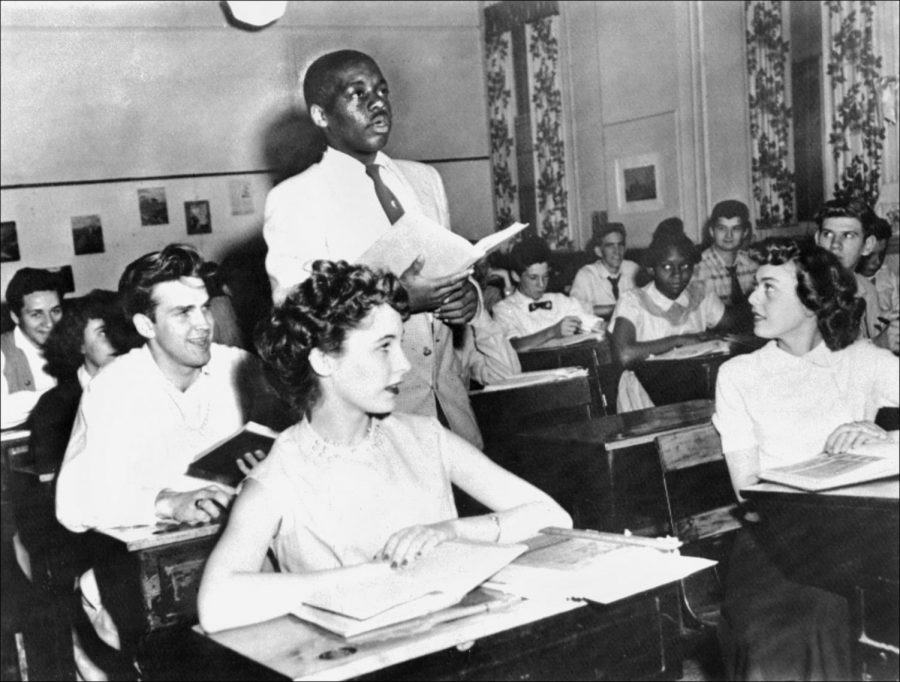 Around March 2020, the United States began to see increased public outcry and support for the Black Lives Matter (BLM) movement, calling for action to be taken against police brutality, lynchings, white supremacist groups, and racial profiling. Suddenly, it seemed that the public not only supported the BLM movement but actively wanted to learn more and foster the spread of its awareness. Though many are making excellent progress, allies need to look no further to see the impacts of deep-rooted racism than in their own local public school district.

Legally, racial segregation in public schools was deemed unconstitutional in the landmark case of Brown vs. The Board of Education of Topeka in 1951, in which all judges unanimously ruled for integration. After this case there was a change in public thought, establishing that the saying “separate but equal” was not necessarily true in education. And to the surprise of none, integration has been a major uphill battle for generations.

Perhaps in the year 2020, people do not see issues as overtly racist as instances like the Little Rock Nine having to be escorted into school by federal troops, or little Ruby Bridges, who was abandoned by all but one of her teachers and was forced to go to school amid streets of angry, racist protests.

But, Ruby Bridges just celebrated her sixty-sixth birthday in September. Members of the Little Rock Nine who are still alive today continue to participate in interviews. The students who refused to attend school, those who rioted in the streets against black children sitting in the same classroom as them, are someone’s grandparents today. And by far, race and socioeconomic positioning of lower-income communities continue to play a major role in the contemporary segregation of the public education system.

Within California, funding for public education is dictated by the local control funding formula (LCFF), which is a combination of different ratios of state, federal, and local dollars. While formulas attempt to advocate for equity in public education, most of the time, there are flaws which result in modern-day segregation between class and race by school district. In lower-income communities of POC, in which neighborhoods also tend to be more densely populated than affluent, white neighborhoods, funding for public education is usually partially derived from local property taxes, directly placing members of these communities at an immediate disadvantage.

In a study by the advocate group, EdBuild, school district borders are proven to be trenches between the two fronts: the white, wealthy, privileged schools, and the underprivileged, overcrowded, and primarily POC schools. White families with high economic status or community standing dictate the literal and figurative lines between the two communities and ultimately control the flow of local money designated for public schools.

Furthermore, EdBuild surveying found that the majority of American students attend school in racially divided areas, with 27% being in predominantly non-white districts and 26% in primarily white districts. For every student enrolled within a white school district, a non-white districts get nearly $2,240 less in funds. The well-being and educational success of the American youth relies more and more upon whether or not they are lucky enough to be born in an area which geographically has more white students.

Though districts in Orange County are mostly dominated by white students, neighboring areas such as Los Angeles County have a much more diverse population, and therefore more telltale signs of socioeconomic segregation.

In California as a whole, predominantly non-white school districts receive at least 20% less funding than white districts do, 65% of California students attend districts which are isolated by racial and financial class, and 38% of students attend schools which are severely underfunded and racially defined by a majority of POC. Moreover, EdBuild found that the average amount of students in white districts is 344, while in non-white, low-income districts, the amount is 11,702.

The report goes on to summarize the fact that just over half of Californian public school students are at an economic disadvantage, and at least a fourth are English learners.

Oftentimes, lower income non-white schools and the students who attend are stigmatized as “disruptive” and looked down upon as having lower test scores and passing rates. In reality, it is in the nature of economic deficiency for kids in these districts to be presented with less opportunity, poor technology, and limited resources for learning.