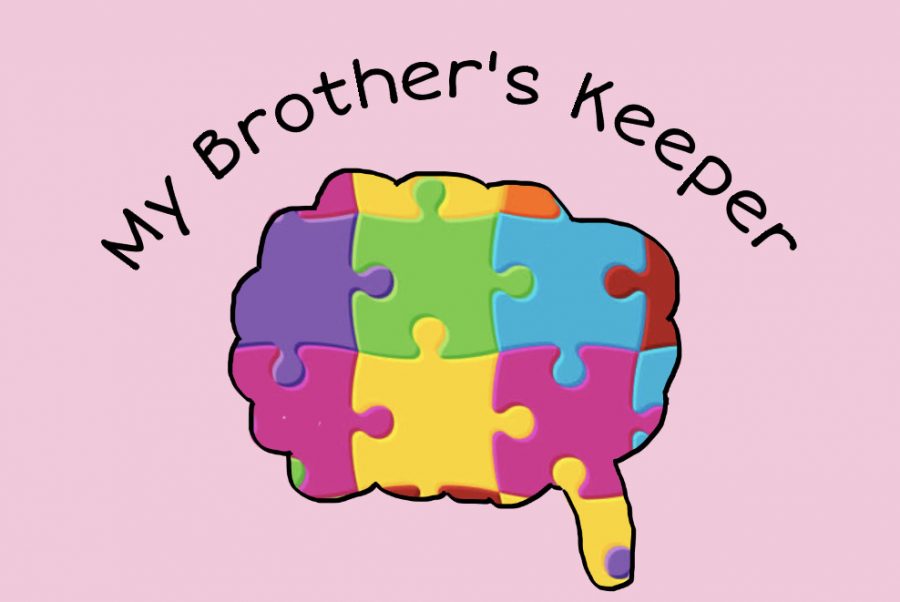 Mental illnesses have gained more awareness as time and accessible psychiatry progresses, but schizophrenia is still undoubtedly perceived as taboo. The general public’s understanding of schizophrenia mainly comes from the films Donnie Darko and A Beautiful Mind, and with that, schizophrenia continues to be misunderstood, and even, at times, scary to some. Being the sister of a schizophrenic, I always felt that these films discredited the true schizophrenic experience. Focusing solely on the delusions of a schizophrenic is only one piece of the complicated and confusing puzzle of schizophrenia. My experience with schizophrenia and how largely it impacted my life helped me realize that the depths of schizophrenia go beyond movies and acknowledging the reality of this illness is the first step to the demarginalization of schizophrenics.

In a simple summary from one of the leading psychiatric medical care centers, Mayo Clinic, “schizophrenia is a serious mental disorder in which people interpret reality abnormally.”  This illness affects roughly 1% of Americans and requires lifelong treatment. The general symptoms of schizophrenia are delusions, hallucinations, disorganized thinking/speech, abnormal or disorganized motor behavior, and the lack of ability to function normally (A.K.A. negative symptoms). Schizophrenia can be broken up into five different types: paranoid, schizoaffective, catatonic, disorganized, and residual.  The most common form of schizophrenia, which usually appears in young adulthood, is paranoid schizophrenia. Pasadena Villa, a psychiatry treatment network, states that this form of schizophrenia “is similar to psychosis and is characterized by delusional thoughts such as someone is out to harm you, or a loved one will abandon you.” Schizoaffective schizophrenia is connected to recurring major depression or bipolar disorder; this form includes depression and mania symptoms, alongside general schizophrenia symptoms. Catatonic schizophrenia is a rare form and can easily be misconceived as intoxication, but has physical symptoms such as excessive movement with no purpose or incoherent speech. Disorganized schizophrenia, or hebephrenia, is categorized with speech, thinking, and behavioral issues. Lastly, the mildest form, residual schizophrenia, is categorized “when positive symptoms of paranoid schizophrenia (hallucinations, delusional thinking) are not actively displayed in a patient although they will still be displaying negative symptoms (no expression of emotions, strange speech). An individual with residual schizophrenia could be transitioning from an acute phase of schizophrenia to remission or vice versa. Residual schizophrenia is not cyclical and can disappear or reappear at any time.”

A large part of the confusion around this illness is how misunderstood it still is in psychiatry. To this day, the exact causes of schizophrenia are unknown. Psychiatrists have put together a short list of what they assume are the possible causes of this illness, but nothing is exact. What has been shown throughout brain scans and studies is that schizophrenia causes/is caused by an overactive amount of dopamine in the brain. The most prevalent suspected cause of schizophrenia is genetics. In most cases, schizophrenics have a relative also suffering from schizophrenia. Other suspected causes are structural or chemical changes in the brain, pregnancy or birth complications, childhood trauma, and a history of drug use. Outside of physical potential causes, extreme stress can lead an individual into a state of psychosis. Drugs like marijuana, psychedelics, stimulants, and depressants can also have the same effect of sending one into a state of psychosis.

How Do You Treat Schizophrenia?

Unfortunately, there is no found cure for schizophrenia, and as stated above, schizophrenia requires lifelong treatment. For most cases, “people with schizophrenia often lack awareness that their difficulties stem from a mental disorder that requires medical attention.” With that said, the responsibility tends to fall onto the family to make the individual seek psychiatric help. The options of treatment are limited but may include antipsychotic medications (which lower and regulate the levels of dopamine in the brain) and psychosocial interventions (which includes individual therapy and social skills training). Those are tragically the only options for schizophrenia treatment. In more extreme cases, hospitalization and electroconvulsive therapy are involved.

How Can I Help?

Due to most schizophrenics’ lack of awareness of their illness, most of the burden lies on the family to seek help. If you notice any suspected symptoms of schizophrenia in a friend or relative, like delusions and hallucinations, it is best to communicate and join together with family to discuss the different options of approaching the situation. Approach the individual suffering from schizophrenia carefully when discussing seeking psychiatric help. Outside of a direct relationship, the average person can help schizophrenics globally by spreading awareness and information about the illness. Erasing the taboo is key to fully understanding schizophrenia.

As a young girl, I was always aware of a “sickness” in my family. My older cousin was always disappearing and reappearing, and as I overheard, she was suffering from delusions. I thought nothing of this. I was too young to understand the situation, and she was not heavily involved in our lives. Little did I know, this “sickness” would become a large part of my teenage years. Growing up, both my father and older brother were severe drug addicts. I had come accustomed to the disorganized rambles during their drug binges. After I moved to Los Angeles in 2014, my older brother’s disorganized rambles became more intricate and delusional. Both my mother and I shrugged this off as just another intoxicated rambling. My freshman year was when it started to become more severe. At this point, he was 200 miles away and separated from our father, so I felt helpless listening to his calls about his phone being chipped or how someone was out to get him. We have always been a spiritual family, which only made his ramblings about spirits and demons more confusing. Was I supposed to trust the word of what my brother thinks he is encountering, or do I acknowledge the irrationality of the situation? These psychotic episodes only got more extreme over the next three years. The delusions were getting worse and more far-fetched. In February of 2020, my dad passed, and with that, I also lost my brother. As I mentioned above, stressors can send someone into a state of psychosis, and for my brother, it was just a more extreme state of psychosis. The death of our father sent him over the edge. He began to slowly lose his grip on reality and ability to sustain a stable lifestyle. Not shortly after, he was sleeping in a car, and eventually on the streets. To this day, the rare times I receive a phone call from him, it is him claiming my father was murdered or being held hostage underground and how I have been kidnapped. Schizophrenia completely took over the person I knew as my brother. I have to come to terms that he will never be the same, or remotely normal or functional. He is no longer the person I grew up with. I am not only mourning the death of my father, but I am mourning the person who was my older brother.

I don’t share this story to scare you or receive pity, but people forget there are faces and stories behind the statistics and films. This illness does not only affect the individual but everyone who cares about them as well. I lost my brother because I refused to acknowledge the obvious symptoms he was displaying. From the sister of a schizophrenic, please reach out if you notice any schizophrenia symptoms, I beg you.