What does defunding the police really mean? 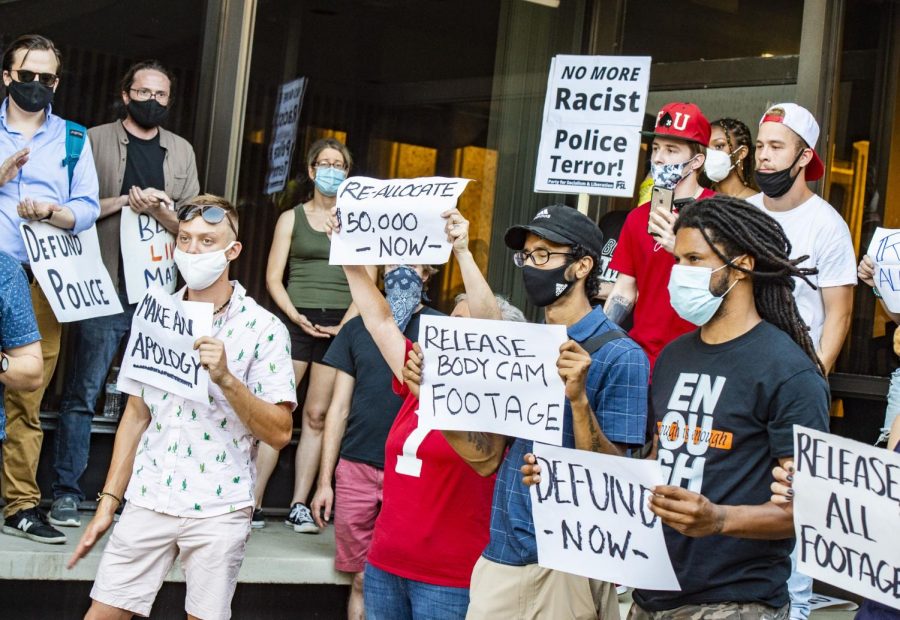 During the Black Lives Matter protests, many people requested for the government to defund the police. Since “defunding the police” has been spread through word of mouth, many people have become confused about what it really means, as the name is quite misleading. Most think that defunding the police is equivalent to taking money directly out of the police’s pockets, but that is not the case at all.

The “Defunding the Police” movement started out of anger because of little change on the issue of police brutality, especially with police violence towards POC. Many activists want to completely demolish the police department whereas others want to relocate the money into other departments or use the money to restructure the training that police have to undergo.

“Defunding the Police ” doesn’t necessarily mean getting rid of all law enforcement. Instead, the phrase means refiguring and investing in an array of programs that can be used in place of some of the jobs law enforcement do because many police officers are in charge of jobs they are not trained for.

“Defunding the Police” is a very misleading slogan, and is the reason why 64% of Americans oppose it. Over the past few years, the police department’s budget has increased by a lot and has a huge share of money compared to other departments such as housing and homelessness, education, and mental health. By reducing the law enforcement budget, many cities would be able to put that excess funds into departments that deserve the money and are less corrupt. Police corruption is a huge issue and continuously increasing funds, greed, and envy are what is causing the police department to become so corrupt.

Different departments such as housing and homelessness and education deserve the money much more than the police department. In California, 161,000 people suffer from homelessness and the money used to fund the police would really help support them as the money can go to setting up food halls and more affordable housing. Education is a top priority for children and adults because it helps people grow and develop by spreading ideas and knowledge. Some may argue that it is more important than the “security” the police give us. Many schools and education departments need the money to provide equipment and help towards their students and staff. By subtracting 5% of the funds given to the police department some cities will be able to give 2 times the amount of money to public health.

Carter Bernard, a student at Huntington Beach High School who has had both a traumatic experience with the police and experience with a police officer who handled the situation well, said, “I know not all cops are bad, they [the police who handled the situation well by providing information on what was happening] proved that, but too many abuse their power. So I stand firmly in the belief that we should put more money into systems that haven’t been proven to have huge corruption issues.”

Tyler Durrant, another student at Huntington Beach high school said, “Although I have not had an experience with the police, I agree with defunding the police or at least reforming it to stop police brutality.”

Current President, Joe Biden, believes that instead of defunding the police, the police department should be reformed. Although this option would not increase aid to other more deserving departments, as the money would be going into increased training for police, it would likely decrease the abuse of police power. A viable way to improve the police department’s responses may be to decrease the amount of violence, have specialists that are trained in substance abuse, domestic abuse, and the de-escalation of mental health crises that can come to the scene instead of law enforcement. This would also likely decrease the number of innocent people dying due to police not correctly knowing how to handle a situation of the sort mentioned.

By defunding the police, local governments are able to focus on less corrupted departments and help support them. The money can also be used to train the police in order to stop police brutality.