A Breakdown of Horror Movies 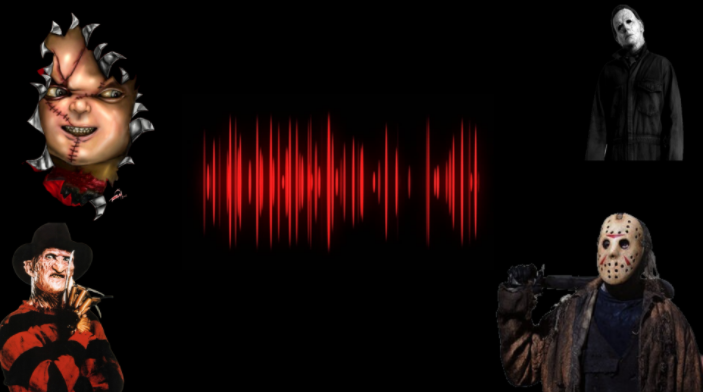 Horror Movies: a staple of Halloween. Classic films such as Friday the 13th (1980) and The Shining (1980) are timeless and continue to make people scream each year. Even modern horror movies fill viewers with fear and suspense through the five main genres: gore and disturbing, psychological, killer, monster, and paranormal.

The first of the five genres is gore and disturbing, with four additional sub-genres. Torture is one of the more popular types of movies in this category. Saw (2004) is a good example with its torturous and revenge-filled plot. Splatter movies, or movies that use blood ‘splatter’ to evoke fear in the audience, are also included in this category, with movies such as The Belko Experiment (2016). The next sub-genre is Cannibal movies. As the name suggests, the antagonists in these movies are cannibals. Films such as Texas Chainsaw Massacre (1974) or Cannibal Holocaust (1980) are prime examples of this. The final sub-genre, extreme, is not for the faint of heart. Anything goes in these movies and nothing, nothing is off-limits.

The second genre, Psychological, has two sub-genres. Phobia movies are about specific fears, such as being buried alive as depicted in Buried (2010). The second sub-genre is madness and paranoia, characterized by a turbulent antagonist and mass confusion among the audience. Movies such as ATM (2012) or The Gift (2015) are perfect examples of this.

The third genre is the most popular and the poster child of horror movies, Killer Movies. This genre contains 4 sub-genres. The most popular are slasher movies, with killers such as Jason Voorhees from Friday the 13th Part II (1981), Ghostface from Scream (1996), or Michael Myers from Halloween (1978). Alongside slashers are crime movies or movies that were inspired by real crimes. Scream is also in this category due to it being created with inspiration from the Gainesville Ripper, a serial killer in Gainesville, Florida. The third sub-genre is Bumpkin and Redneck, which are killers in the middle of nowhere. This is also paired together with cannibals such as in Texas Chainsaw Massacre (1974). The final is home invasion and survival, such as The Strangers (2008) and Don’t Breath (2016).

Monster Movies are pretty simple with sub-genres such as Vampire, Werewolf, Classic Creatures, like Frankenstein (1931), and Giant Monsters such as Godzilla (2014). However, zombie movies have their own subgenres, being Virus and Undead movies. Virus movies, such as Mayhem (2017), are when a virus takes over an area. Undead movies, like Train to Busan (2016) or Zombieland (2009), are when there is a zombie apocalypse.

The final genre is Paranormal movies. All the sub-genres are pretty self-explanatory, such as haunted house with movies like The Amityville Horror (2005). Another simple sub-genre, Ghosts, and Spirits, include movies such as the Poltergeist (2015) or Annabelle (2014). Poltergeist films, also known as possession films, have movies such as The Exorcist (1973). Supernatural movies also are in this genre with popular movies such as Carrie (1976) or Trick ‘r Treat (2007).

Most horror movies use blood and gore to get the message across, with this message being “You’re gonna have a bad time.” In Slashers, the blood and gore elements are meant to be as bloody as possible. Almost every hit from a horror movie icon is intended to kill. Freddy Krueger is the exception to this since he likes to torment his victims. On the opposite side of the spectrum, torture movies are slow agonizing deaths where blood is present but lacks gore until the final second when the victim dies, which is very present in Saw (2004).

Alongside blood, horror movies rely on sound. Most people don’t know that sound is what horror movies rely on. Without sound, horror movies feel as if they were missing something (Hush is an exception.). Infrasound is what creates fear. Infrasound is 17 hertz. Humans can hear 20 hertz and above, so it is inaudible. (INFRASOUND EXAMPLE) When listening to infrasound with headphones, you can feel the vibrations. Infrasound is not the only sound that can inspire fear. Popular phrases, lines, or audio can foreshadow something happening to the character being followed. In Friday the 13th Part II (1981), viewers know Jason Voorhees is around when they hear “Ki Ki Ki Ma Ma Ma,” or in Predator (1987) when the viewer hears the clicks of the Predator’s mandibles.

Horror movies can carry different experiences for different people. For example, some people fear horror movies, such as Diego Strecke, a senior at Huntington Beach High School. Strecke believes that horror movies are things that “get in [his] head.” For example, movies such as Hereditary (2018), where there are audio cues such as the clicking that goes on throughout the movie freak Strecke out. “Gore freaks me out the most. I don’t like seeing someone get chopped or cut. It makes me feel as if it was me getting cut instead of the character.” When watching a horror movie, Diego Strecke feels as if it was a “waste of time.” However, when with friends, Strecke watches horror movies to strengthen his bond with friends such as Brendan Tse.

Brendan Tse, another senior at Huntington Beach High School, is an avid horror movie watcher. “Horror movies are the most unique films you will find. You never know what to expect.” Anytime someone wants to watch a movie, Tse sees it as an opportunity to watch a horror movie. His go-to movies are Scream (1996) and Saw (2004). “Saw is just so entertaining to watch. I feel like watching them makes me smarter since I can try to figure out how I would survive them. It’s cool to see the traps play out too.”

Horror movies are so much more than just a jumpscare or kills. They’re about sound and the suspense that fills the room. Due to the vast amount of genres and sub-genres, there’s bound to be a perfect horror movie for everyone.