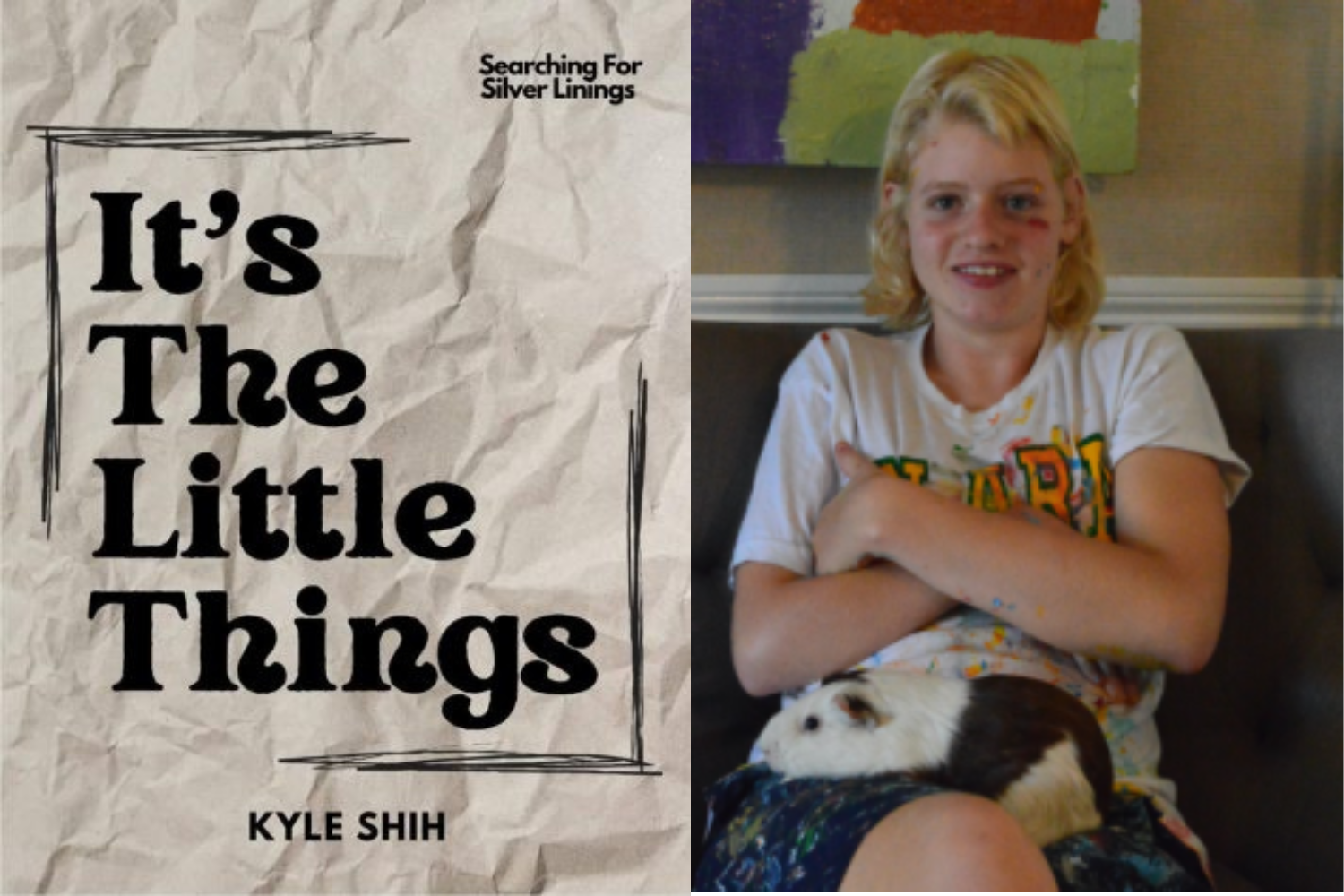 Kyle Shih and Clara Woods are creating helpful organizations and inspiring art in the Huntington Beach community and beyond. (Graphic by: Tess Walshe) (Tess Walshe)

Kyle Shih and Clara Woods are creating helpful organizations and inspiring art in the Huntington Beach community and beyond. (Graphic by: Tess Walshe)

Inspiring Members of Our Community 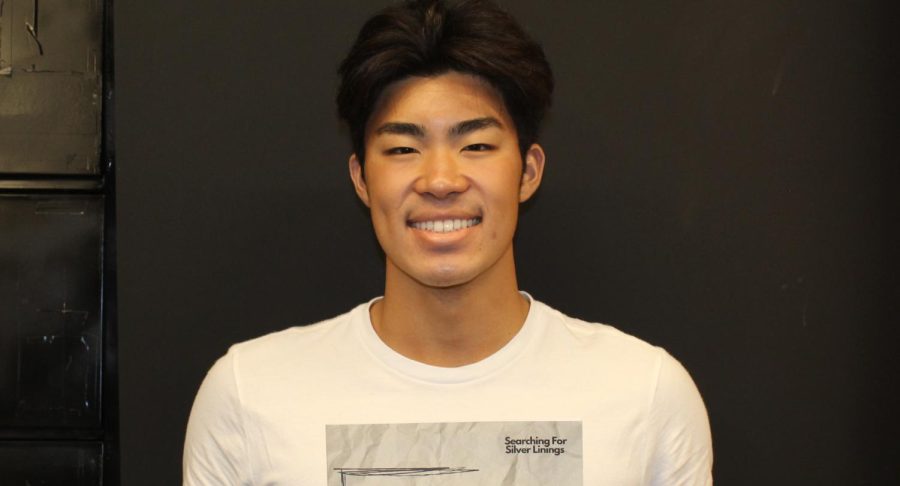 At the beginning of 2022 Kyle Shih, a senior student-athlete at Huntington Beach High School (HBHS), created the organization called Searching for Silver Linings. The organization is dedicated to bringing awareness to mental health, specifically for those who are student-athletes, like Shih himself. Silver Linings strives to build a safe and welcoming community for those struggling with the mental aspect of the sport they’re in.

When interviewed, Shih the HBHS senior said he wanted to create something with a lasting impact.

“I created Searching for Silver Linings as a way to bring awareness on the topic of mental health and to give people resources they can use to help themselves, whether that be mental or physical. Society commonly sees people talk about the mental health crisis, but I wanted to do more than just talk about it. I wanted to create something that can have a lasting impact on the person that’s utilizing the brand’s resources like our book and podcast.”

In an Instagram post introducing himself and the brand, Shih expresses the stress he felt from expectations to get good grades and times. He confessed that the stigma around mental health has made him view his challenges as “weaknesses.”

“For many years I struggled with mental health in school and swim, getting into very dark and depressive states. But I tried not to show it because I felt like it would make me seem weak, and I didn’t want it to affect anyone,” said Shih.

Shih also revealed that it was his constant comparison and expectations that put him in this unhealthy state. “I found my self-worth in test scores and time standards that didn’t show who I actually am as a person.”

Shih’s work comes at the right time given that mental health issues are very prevalent in today’s society. Now that the topic is being discussed more, it is also being studied as well. A study done by the National Collegiate Athletic Association (NCAA) states that over half of the athletes surveyed had mental health concerns.

In addition, a study by the American College of Sports Medicine says that student-athletes often experience eating disorders, burnout, or symptoms of anxiety and depression. “Approximately 35% of athletes suffer from disordered eating, burnout, depression, and/ or anxiety.”

So what are Silver Linings doing to help the community battle these statistics? As of right now, the organization has mental health workbooks concerning mental and physical health, in addition, to a podcast discussing how one can better maintain their own mental health.

In the future, Shih hopes to create more podcast episodes and reach out to more people within the community.

“We currently are working on getting more podcast episodes out on Spotify, but more importantly we are striving to connect with the people. Part of building those meaningful relationships with the local community is being honest and vulnerable. It makes everyone feel a little bit more connected to each other knowing that we aren’t going through a problem alone,” Shih expressed.

When asked for tips he would give to those currently struggling, Shih said, “For anyone struggling, avoid comparison. A lot of times we find validation in ourselves by comparing our attributes and accomplishments to other people. It’s a constant battle with ourselves that makes us focus on the negative and distracts us from appreciating ourselves.”

Shih explains how we are each our own person and that numbers don’t define a person’s worth.

“The truth is, each person has a quality to themselves that no other person can offer. You are your own unique individual. So take pride in that. Especially with college application season in full effect, seniors often get caught up in comparing their grades, GPA, scores, etc. I even found myself doing this at one point over the summer. But all this is doing is distracting you from focusing your energy on yourself. So for this year coming up, as an athlete, student, and human being, know that you can bring value anywhere you go. You are focusing on being a better version of yourself than you were yesterday. And remember… You Are Enough.” 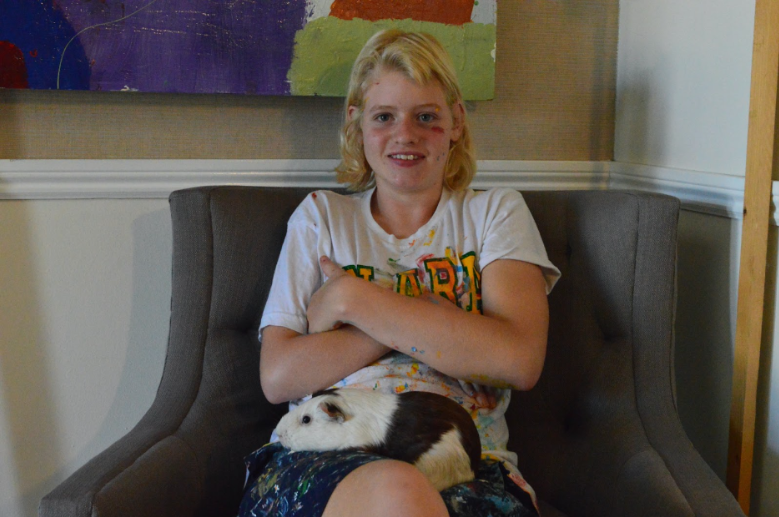 Clara posing with pet guinea pig, Chocolate in her lap after painting. (Photography by: Lila Concepcion).

Frida Kahlo once asked, “Feet, what do I need you for when I have wings to fly?”

16-year-old stroke survivor and Frida Kahlo fan, Clara Woods, demonstrates how her mind soars in the form of paintings. Without the ability to read, write, or talk, Clara expresses her emotions and says what she is unable to verbally convey through her unique art.

Although she cannot talk, Clara can understand three languages: Portuguese, Italian, and English. Her brain has no trouble receiving information, but it does experience difficulty when processing her output.

In one of their YouTube videos, Woods explains, “When Davi [Clara’s little brother] was born, Clara needed to go to school. We thought, ‘Let’s hope that you can read and write,’ but that didn’t happen so then, we got her into painting.”

Clara’s art business started with her mother’s determination to provide her with a solid future. Betina started Clara’s social media accounts when she was only ten years old, and her job in marketing has helped her grow their business over the years.

“Betina is very perseverant and that [is what] made [Clara’s business] happen. It really got into a swing, and she managed to sell over 700 paintings to [people from] all over the world,” says Woods.

Inspired by Frida Kahlo’s exhibition in New York, Clara had similar aspirations. She told her mother about the goal, and the whole family set out to help Clara show her art in New York City.

Woods says, “It’s teamwork… so often in life, we do things more for one person instead of doing things with them. It requires us to slow down, but then you go further… and develop synergy.”

Clara held her first exhibition near home in Italy in March of 2018 with the help of a family friend who owns a cafe near Florence, called Tutto Bene. This cafe is well known for its displays of art, and after reviewing some of Clara’s pieces, partial owner Claudio Pecchioli allowed her paintings to be featured.

In another video on Clara’s YouTube, Pecchioli says, “I [was] struck by the colors [of Clara’s paintings]. They were conveying a feeling of pure joy, a joy that helped me get through some of my gray days.”

From this exhibition came over thirty more, and Clara became internationally recognized as an artist.

Clara and her family lived in Florence, where she and her little brother Davi were born. Before receiving Clara’s extraordinary ability visa, they all lived in a small apartment, just above Via Calzaiuoli road. Huntington Beach became their new home after their move from Italy to the U.S.

Woods says, “In December 2020, we came [to the United States] and we got a visa… we thought we’d reboot and put our efforts in [to expand Clara’s business to America].’”

The family’s transition to the U.S. has been very beneficial for Clara’s career. It has allowed her many opportunities for collaborations, art shows, and more. In fact, this past August, she hosted her first official art show opening in California at the Laguna Beach Cultural Arts Center, which featured one of her personal favorites, “Rainbow River”.

Clara has been adding many more paintings to her gallery, which can be seen on her website. Some include her “Love” collection, and “Frozen Tongue” which capture her feelings regarding the difficulty she has communicating.

Her little brother Davi adds, “Clara has been painting way more than she used to, so we’re really happy about that.”

With their vibrant colors and glitter, Clara’s paintings are sure to put a smile on anyone’s face. On her Instagram, Clara shared a sentimental video of a woman receiving one of her favorite pieces called “My Frida” in which the customer had a very sweet, emotional reaction. The post was captioned, “This video made me cry this morning. It was one of those moments when we realized that all the efforts we are making to make Clara’s brand grow and happen are worthy!”

Clara’s brand encourages you to “Dream big, work hard,” and partners with other individuals of special abilities to work towards achieving inclusion and the embrace of diversity. By sharing Clara Woods’ project with others, investing in her art, or visiting one of her events, you can support her brand and its mission to help put the spotlight on upcoming artists of special abilities.