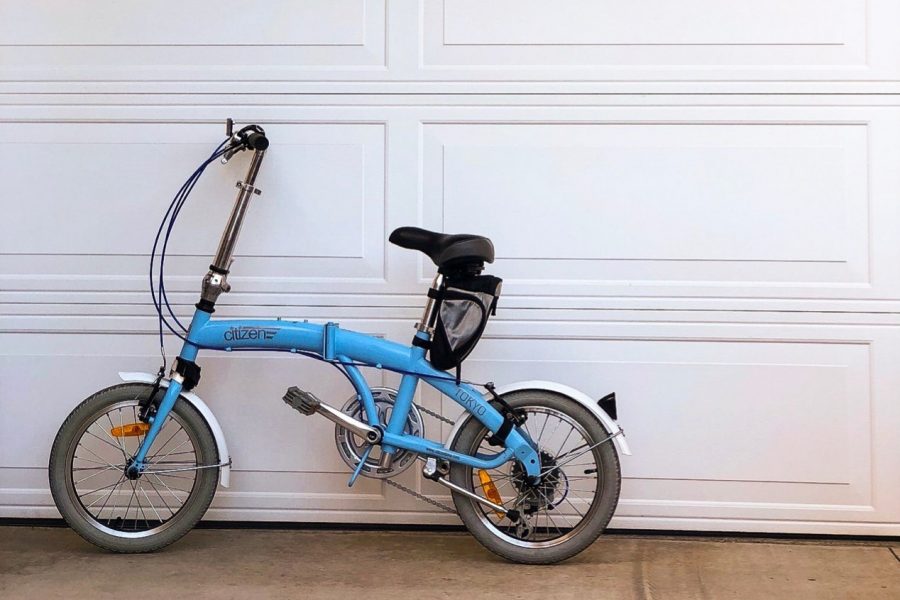 “We can all ride our bikes to the beach, it’ll be fun.”

First of all, this is a sentence I thought I would never hear.  Ride our bikes to the beach? What is this, 1987? No, it’s actually 2015 in Southern California, and people regularly ride bikes everywhere, unlike me.  I was used to taking some other form of public transport, perhaps a public bus or a subway, but a bike? The thought never came to my mind.

Second of all, I couldn’t exactly refuse this offer.  It was the first time someone had asked me to hang out during the weekend since moving to California.  Saying no would surely change my life for the worse.

Third of all, I couldn’t ride a bike.

Maybe I should start at the beginning.

I’m 6 years old.  Life has never been better.  I’m wearing a dress of some sort that’s probably dirty, complete with pigtails and an unbroken spirit.  I’m in my childhood house in Flushing, Queens.

The house I grew up in was, through my eyes, ancient.  The wallpaper was crumbling off the walls and the wood floors were scratched and stained.  There was always a chill in the air, and the entrance of the basement seemed to haunt me every time I looked at it.  I knew my mother and father didn’t want to live there anymore. I knew that I certainly didn’t care all that much. The backyard was substantial in size, perfect for any child to run around and play.  I, however, was entertained with books and movies rather than going outside and playing like other children. The outdoors were never really my thing, and I made sure I would never step foot outside. I was more into Legally Blonde and Bruce Almighty than anything else.  So when the dreaded bike was introduced, I refused it. Of course, it didn’t help that I was the most stubborn child my mother had the pleasure of knowing. Everything I did was because my mother had signed me up for it. From tap and ballet classes to piano, I never wanted to do any of it.  I never had a desire to dance like the other girls in my class, I did it simply because I had to. The bike, however, was not a fully paid for a semester class. It was something I had to do on my own, something that I, as a 6-year-old, should have wanted to do on my own.  Something in me didn’t want to.  So the bike remained in the garage, collecting dust as I grew older.

I’m 10 years old.  I’m attending a different elementary school, and I’m in Murray Hill, Manhattan.  I haven’t lost my childlike cuteness yet, and I’m completely unaware that it will soon be traded in for puberty and awkward moments.  The bike at this point, was most likely collecting even more dust in a storage unit somewhere upstate. The children in PS. 116 were much different than the children at PS. 120.  I was now a city girl, and walking everywhere became a habit. The need to learn how to ride a bike was long gone, as I thought I would be staying in Manhattan where walking and subways were a way of life.

We didn’t stay. It was the first time that I hated moving.  For some reason the move from Queens to Manhattan wasn’t all that bad for me, but the move from Manhattan to Westchester was a living hell.  It didn’t help that I had developed my skill for sarcasm and eye-rolling at this time, either. I was entering the disgusting age of teenage-hood and while I wasn’t aware of it, my mother certainly was.  As for the bike, it remained unused as I entered the worst years of my life.

I’m 13.  I’m a demon child.  I have a crush on the British boy in school, as does every other girl.  The bike at this point is long forgotten, as I’m focusing on trying to look as attractive as I can with braces and glitter tights, to no avail.  Although, it was in middle school that the question came up. Or rather, the statement of, “wait, you can’t ride a bike?” The fact that I couldn’t ride a bike never really bothered me before.  I used the excuse that I lived in the city and never needed to learn, which seemed to shut everyone up. But I knew the truth. It wasn’t because of the city. It was because of me.

I can never know why I didn’t want to learn how to ride a bike.  I suppose it was caused by an insatiable stubbornness, but I always thought there was more.  All my life, I’ve never been my age. Not just by looks (I look about 12 and I’m a senior in high school,) but in how I act and think.  There are people I’ve met with “old souls,” and I know I’m not one of them, although I would like to be. I’m young at heart, and that’s something I know I can’t change.  Growing up, however, is inevitable. From a baby’s first steps to a child’s first pedals on a bike with no training wheels, these are all parts of growing up. All my life I know I’ve missed a big part of it by not riding that confounded bike at age 6.  Although it’s silly in the grand scheme of things, I haven’t quite grown up yet. While I know that there are countless other things holding me back from this phenomena, I know that riding that dusty, old, bike is one of them. Upon 2018 entering the world, I made a promise to myself.  I’m sure that promise is evident by now.

The bike is baby blue.  It’s compact and in a way, looks like it was made for me.  The feeling of self-doubt that began festering inside me at around age 12 slowly grows bigger as I try my best to balance myself.  It’s an odd feeling. As I recall, my mother compared it to ‘using the force.’ Yes, my mother helped me in this situation. It didn’t take long.

I’m 17 years old.  I’m in California, a place I never thought I would be living.  It’s 5 in the afternoon and the sun is setting. I have tears running down my face.  I’m the happiest I’ve been all day, because of this one moment. I feel the perfect balance underneath me, one that I am trying desperately to hold onto. While I’m not doing anything entirely amazing to the average human, to me what I’m doing is a miracle.  I’m proud to say that I can now ride a bike. As happy as I was to finally do it, I knew it meant something sad. I saw riding a bike as letting go of my final piece of childhood, something I had been holding onto for a while in fear of growing up too fast. I know I’ll always be young at heart, but letting go is something I need to get good at.  With every pedal, I let go of childhood and replaced it with something new.