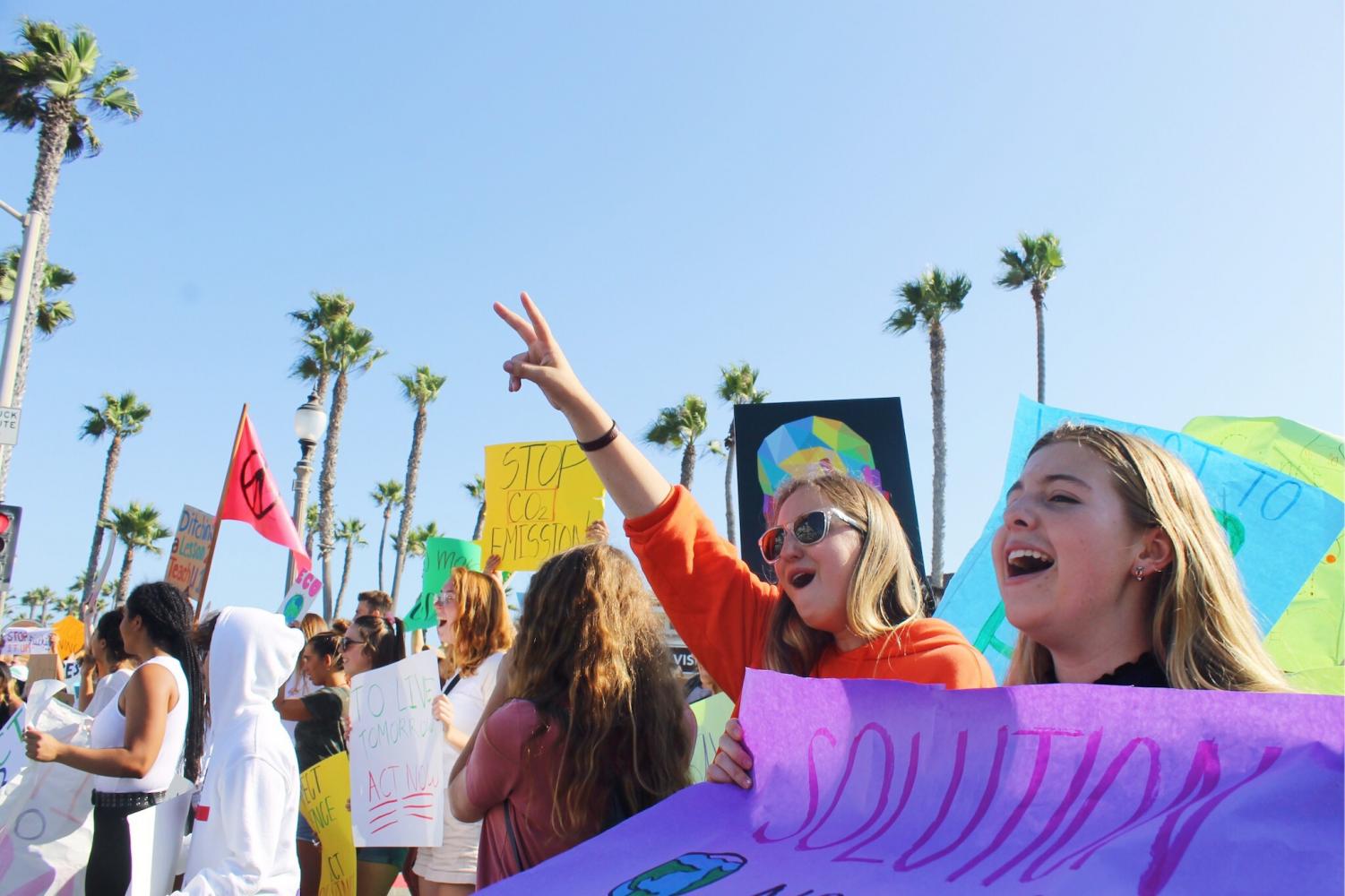 On Friday, September 20th, environmental activists around the world gathered for the start of a week-long global climate strike. It is no coincidence that the strike was organized just three days before the United Nations’ Climate Action Summit, an international event aimed at discussing future plans on how to deal with the planet’s environmental issues. The UN Secretary-General, António Guterres, called for nation leaders “to come to New York on [the 23rd of] September with concrete, realistic plans to enhance their nationally determined contributions by 2020” (UN Climate Action Summit, 2019).

The ultimate goal is to reduce greenhouse gas emissions in order to prevent the drastic effects of climate change.

GreenPeace Orange County–a local environmental protection organization–planned marches for both September 20th and 27th. On the first day, over a hundred activists gathered in front of Duke’s, just south of the Huntington Beach Pier, with homemade posters and props in hand. People of all backgrounds and ages participated, but one of the key figures to emerge from the strike was a UCLA environmental major, Cora Fahringer. She, along with students from Marina High School’s environmental club, Climate Caring Peeps, rallied the crowd with chants and slogans such as, “no more coal, no more oil, keep your carbon in the soil,” while passing cars honked in support of the protest.

When asked why she had decided to join the protest, Fahringer lit up. Despite yelling for almost two hours straight, she promptly explained how she took environmental science in high school and how it deeply impacted her outlook on life. “We are brutally destroying nature,” she began, “and the reason why so many people aren’t fighting is because they don’t know.”

She continued by saying, “I am out here because I want to be with other people who care [about the environment] and fight for a change.”

Recently, there has been a surge in youth activism against climate change in real life and online. It was only a year ago when 16-year-old Greta Thunberg skipped school and protested outside of the Swedish Parliament. Her campaign went viral and since then, she has become the poster child of climate activism. “Since we are the next generation, since we are the voters, since we are the future, we are the ones who can change [the planet],” Fahringer answered when questioned on why younger people are becoming more politically involved.

“We, as the youth, need to step up and change because our parents aren’t going to be alive in the next forty years and they won’t we able to clean up the mess they made,” Fahringer concluded.

For years, many ignored environmentalist’s warnings and continued to exploit the planet. The biggest question now is if humans are even capable of reversing the impact they have created. Years of research have shown the global temperature increase by 1.9°F since 1880 and now, humans are beginning to experience the repercussions of climate change—such as rising sea levels and more frequent natural disasters. Ultimately, the worldwide climate strikes are proof that people are taking the future of the planet seriously and that policy changes are likely on the way.