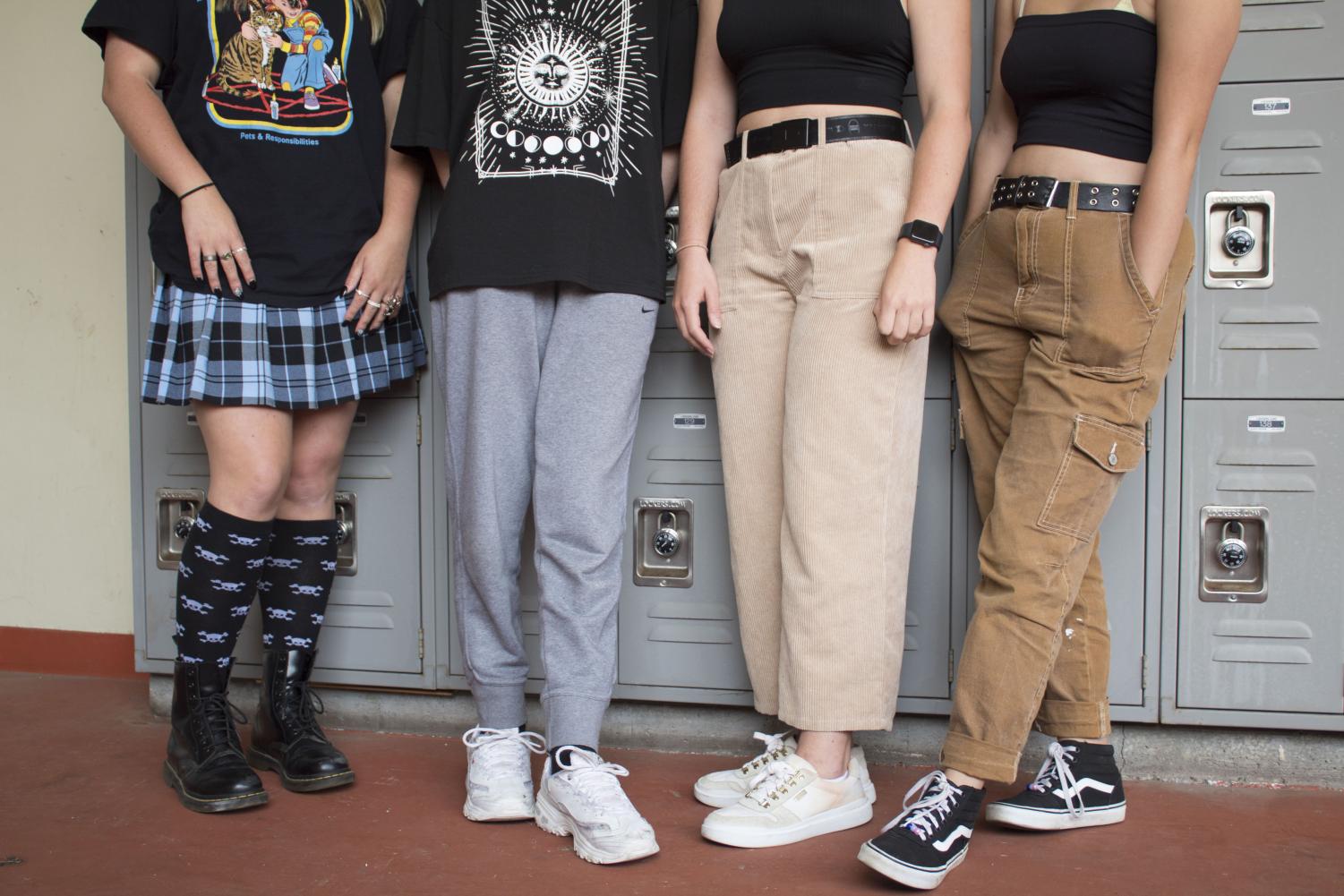 After the Tinker v. Des Moines (1969) Supreme Court case, in which students wore black armbands to school to protest the Vietnam War, the United States Supreme Court decided that dress codes are necessary to ensure that clothing is not dangerous or distracting to the educational environment. Yet, this decision ultimately left room for interpretation and gave schools discretion as to how they wanted to establish their dress code guidelines. This presents the question: what should be considered unsafe and disruptive clothing?

Recently, numerous student-led protests have occurred around the nation. Many students disapprove of dress code regulations with the intent of removing what they believe to be sexist, misogynistic attitudes the dress code enforces. Some female students have shared that they feel dress codes target a certain body type, and that the dress code makes them feel ashamed of their self-expression.

Tess Walshe, a junior at Huntington Beach High School said, “​​Your body type has a lot to do with [being dress coded] and people are punished more harshly based on their body. Other parts of the body like your shoulders and stomach, which are not inherently sexual, are sexualized.”

On June 3, 2021, a student-led protest occurred during a school dress code assembly at Natomas Charter School in Sacramento, California. The assembly intended to address how many students are showing “too much mid-drift” and to enforce stricter punishments upon those who break these guidelines. On TikTok, Evita Frick-Hisaw helped convey the student perspective with her soon-to-be viral video. As of October 2021, Frick-Hisaw’s video has 4 million views and 1.2 million likes, as many agree with the message she was conveying. With this, students felt that the stricter regulations would perpetuate sexist ideals. Frick-Hisaw believed that those being dress coded were subject to unfair punishment. Through TikTok, she said, “Our body, our choice, it isn’t our fault they’re distracted. They can’t take away our confidence and self-expression.”

She posted several images of flyers she hung around the school on her Instagram @evitafrickhisaw, with phrases such as, “TEACH BOYS TO FOCUS, NOT GIRLS TO COVER UP,” and “IF [CHILD] MIDRIFFS DISTRACT YOU, YOU SHOULD NOT BE WORKING WITH CHILDREN.”

Similarly, in Oklahoma, students at Mustang High School voiced their concerns about the dress code before the school day began on September 10, 2021. As a result of protesting and utilizing their first amendment rights, not only were the students dress-coded during the school day, all students partaking in the protest were suspended. The Director of Communications for Mustang Public Schools, Kirk Wilson, refused to negotiate the severity of the punishments being enforced and suggested their acts to be disrespectful and inexcusable. Wilson stated, “There were a handful of students who violated the student code of conduct after class began and those situations were addressed … we remain committed to supporting our students and providing a safe and nurturing learning environment.”

Additionally, in St. John’s County Schools in Florida, reported that 90% of dress code violations were for females.

Many students, regardless of where they attend school, feel that the need for the dress code should be reconsidered. At Huntington Beach High School, only 33% of students believe dress codes should remain implemented in school infrastructures. Ezra Romely, a senior at HBHS said, “I believe the core issue is how revealing clothes are considered a problem. It has been established that [certain clothes] are considered ‘inappropriate’ for school, but society has [portrayed it this way because of certain] male opinions on a woman’s body.”

Sarah Hart, a senior at Huntington Beach High School also commented on the issue and said, “Any teacher or staff member can decide if what a teenager is wearing is sexual or provocative at their discretion, which is completely unfair.”

Many students also felt that when they have been dress-coded, it was unfair because regulations are unclear to students. An anonymous junior said, “The lack of specificity and open interpretation the dress code has makes students frustrated.”

Since dress codes were established, studies have proven that the idea of dressing modestly in connection to safety to be invalid. The Justice Department of the United States has also disproved this, as the Federal Commission on Crime and Violence has found that only 4.4% of all reported rapes have had provocative behavior from the victims. Psychology Today’s article revealed that shyer, seemingly “unresisting women” were more likely to be assaulted because the assaulter may believe that an individual’s modest clothing suggests their unlikeliness to defend themselves.

Many students believe that the dress code’s lack of a consistent line of reasoning for who does and does not get dress coded is what is causing an uproar of opposition as this inherently promotes the dehumanizing idea that women are only seen as their bodies. This also makes females feel that they are objects and that men only view women in a sexual light. “I’ve been dress-coded in middle school, and I’ve had several people that I know get dress-coded. I’ve never felt like it was just in any of the circumstances,” said Sofia Clark, a junior student at Huntington Beach High School.

“The core issue with the dress code is that it is entirely misogynistic. There are pages upon pages of restrictions for what women can’t wear, whereas men have just a few,” said Lilah David, a junior student at Huntington Beach High School.

“Getting dress-coded makes you feel so uncomfortable. I got dress-coded for a tank top I was wearing [at school] and for the rest of the day, I was so insecure that people were thinking that I was dressed [inappropropriate for attention]. The tank top [I wore] barely showed my stomach. I didn’t even think twice about it when I left my house in the morning” said Lissa Wolters, a junior Huntington Beach High School Student.

Students have expressed that they want to see change in regards to the dress code and to address the voices of upset students caused as a result. Students across the United States and at HBHS are ready to see action taken. Various students have expressed their hopes of dress code revision, and the acknowledgment of change on the behalf of schools is pivotal to making efficient progress.