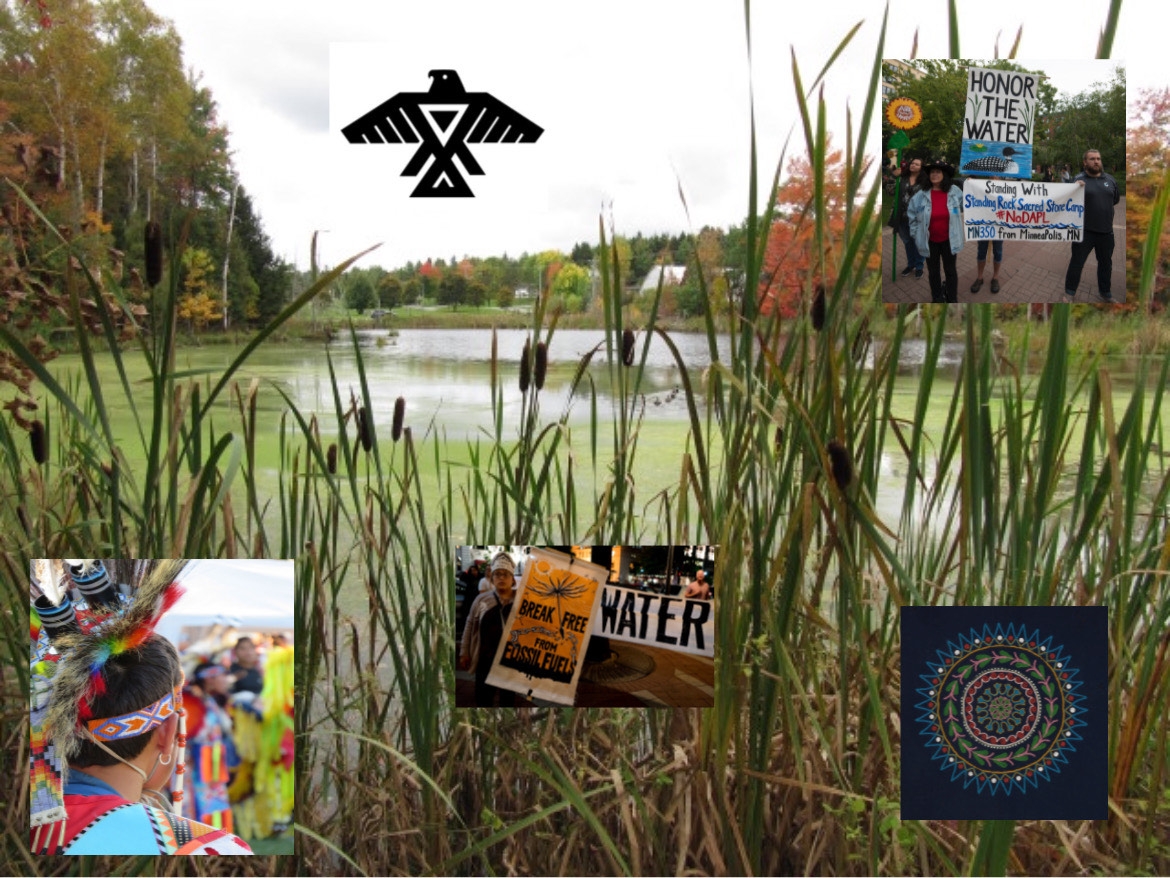 What Is A Pipeline?

A pipeline is an underground pipe that distributes substances like gas and oil for thousands of miles. These structures have created many problems for Native American communities: oil spills, pollution, and construction on their land. The pipes are used to transport raw materials from remote areas and are in place all over the country; there is an estimation of two million in the United States alone. The companies that own the pipelines typically intake billions of dollars in American taxes from the government each year.

Pipeline 3 is one of the most talked-about pipelines recently. The company responsible for owning this structure is Enbridge Incorporated, originally known as Lakehead Pipeline Company. Pipeline 3 was first built during the 1960s, stretching from Alberta, Canada to the state of Minnesota. In December of 2020, the company started its expansion, which would extend 340 miles with the objective of transporting tar sand oil, a mixture of sand, clay, and oil. In Alexandra Herr’s report, if spilled, tar sand  “sinks, mixing and adhering to sediments and plants, making it particularly costly and difficult to clean.”

According to Enbridge, the justification for expanding Line 3 is that it apparently provides jobs, raises the state’s economy, boosts long-term property taxes, and supplies the demand for reliable tar oil. The Enbridge website states that “the safety of the public, our communities, and our employees are a top priority.”

Notably, many have viewed this statement as a direct contradiction to the spills that occurred over the summer of 2021 during the construction of the pipeline extension, not to mention other spills from before the new expansion.

The Problems With Line 3

The first reported oil spill in Line 3 occurred in 1991 and is the largest inland oil spill in American history. Formerly known as Lakehead Pipeline Co., 1.7 million gallons of oil were spilled into the frozen Prairie River. The pipeline workers squeegeed and sucked the oil off of the river so that it did not reach the Mississippi River.

“Enbridge spilled drilling fluid [, a mixture of chemicals and mud,] 28 times at 12 river crossings this summer,” says Minnesota Reformer Rilyn Eischens. The question is, how harmful actually is the oil, if it gets cleaned up in a timely manner? According to Eischens, it depends.

“The amount of fluid released, length of cleanup, and water conditions can all influence how much spills affect the environment,” she says.

“Enbridge is no stranger to spills: From 2002 to 2018, the pipeline network owned by Enbridge caused 291 crude oil spills in the U.S, a total of over 2.7 million gallons,” writes Herr.

The Anishinaabe people live in the surrounding areas of Pipeline 3. They are worried about several things that Enbridge has not fully addressed, however, what they maintain their largest issue with the pipeline is that it hinders their spirituality.

“They, [the United States government] are destroying us spiritually…When you disrupt our spirituality, you disconnect us from each other,” said Bernardo Taino Bear, an Apache Native American, in an interview with Slick. “We drum, we pray. We sing, we pray. We dance, we pray. We gather, we pray. We hunt, we pray. We fish, we pray. It’s all a prayer to us.”

Stopline3.org is a website dedicated to information about Pipeline 3. They disclose that “in 2015-2016, EPA researchers identified over 180 significant, already-known areas of traditional cultural use and sacred sites directly within the Line 3 pipeline impact zone. These sites are subject to the archeological assessment requirements of the State of Minnesota’s Indian Affairs Council, as well as federal requirements under the National Historic Preservation Act, the Executive Order on the Protection of Sacred Sites, and the United Nations Declaration on the Rights of Indigenous Peoples.”

Lynn Sue Mizner reported that “ricing is both a source of sustenance and a spiritual event that takes place every year.”

She goes on to explain that it begins with a spiritual ceremony that includes giving back to the animals and earth with the seeds for next year. The United Nations Declaration on the Rights of Indigenous Peoples is primarily the document in question in this scenario. It addresses commitments that a country should make for its indigenous peoples upon ratification. This declaration was adopted in 2007 by 90% of the world’s countries; the United States was the one out of four countries to vote against it. “[In] 2010, President Barack Obama declared that the United States would lend its support to the Declaration, but Congress has not ratified the document and the US is not bound legally in any way,” says the UN.

According to Stop Line 3’s Treaty Rights Factsheet, The Treaty of St. Peters was made between the United States’s federal government and the Ojibwe people with the purpose of allowing the government to use the land’s lumber while allowing the natives to fish, gather, and hunt on their reservations without disruption. The sheet goes on to say that in the 1999 Supreme Court decision of Minnesota v. Mille Lacs, The Treaty of St. Peters was used as evidence of the Chippewa’s rights to hunt, fish, and gather on their reserves; states can not assert authority over native territory with this treaty in place.

It is also important to note the significance of physical land in Native American culture. The water supply that would be hindered by Line 3 directly impacts both the native peoples’ survival and their connection to the earth and one other. “Use-rights [of property off the reservation] are called usufructuary rights and are guaranteed by the treaties between Ojibwe bands and the US government, [are] protected by the US Constitution, and [are] affirmed by the US Supreme Court,” says Stopline3.org.

Regardless, Enbridge has continued to expand its pipeline in these areas, and indigenous tribes in surrounding areas and many others are rightfully outraged. Many are working towards the end goal of getting their land back, especially from companies that build on their land. Native Americans have been putting together groups of skilled people that can help protect their water supply for the upcoming winter. They need to protect [winterize] the pipe due to the upcoming cold or harsh conditions that may cause problems or leakage. This is done by shutting down and washing out the tar oil that flows through the pipeline.

Comparison to the California Spill in 2021

It is important to also note the recent spill that occurred on the coasts of California when looking at the difference in action taken in response to the burst pipeline (for a more detailed account, see Ella Acciacca’s article about it here). This pipeline, unlike Pipeline 3, is owned by an American company founded in 2011 called Amplify Energy. Amplify Energy owns at least three of the oil platforms near the Southern California shoreline; their recent spill was around 25,000 gallons. The difference in public and governmental action taken to combat the spill in California and action taken to combat the issues caused by Line 3 are exponentially different.

On Monday, October 11th, the attorney general of California, Rob Bonta announced that there will be an investigation of the recent events that have occurred. According to the Orange County (OC) Register, Bonta insists “If our laws were violated, we will hold those responsible accountable.”

He states that even though the oil may not be visible to the eye, “that doesn’t mitigate the horrific, lasting impact of this disaster, a disaster that we know has far-reaching consequences on our fish, on our wildlife, for our communities, and for our economy.”

The difference between Amplify Energy being held accountable versus Enbridge can be seen in this CNN article, which says that “the companies [responsible for the California spill] face one misdemeanor count of negligent discharge of oil for allegedly continuing to operate the damaged 16-inch pipeline, on and off, until the morning after the leak began on October [first].”

By far, the biggest difference is the court filings and charges brought onto the different companies. Enbridge has not faced charges for their federal crimes of breaking the treaties put in place, whereas the case of Amplify Energy is cut and dry; they spilled thousands into our ocean and are getting charged. Enbridge has done the opposite and reportedly has pressed charges against people protesting the construction of their line.

“Officers from several agencies, including the St. Louis County Sheriff’s Office and the State Patrol, began arresting people who had formed a human chain at the pump station entrance around 11 a.m,” says Enchiens. Although twenty people have been arrested, the spokesperson for Enbridge has maintained that there has been little impact on the pipeline’s construction schedule.

While Amplify Energy has faced charges for what they have done to the coastal community and California’s environment, Enbridge continues to cause damage to native communities and wildlife, with no consequences.

This is very telling of the types of communities that have the capacity to systemically receive aid and a timely cleanup after oil spills.

No matter your opinion on the oil industry or even the solution, most can agree that if the pipelines are directly harming a group of people, a resolution needs to be found. No community deserves injustice or outrage to this degree. We need to respect and listen to people’s suggestions about what to do with this issue in our country, and everyone’s voice needs to be heard so change can really be made in America where it is needed.