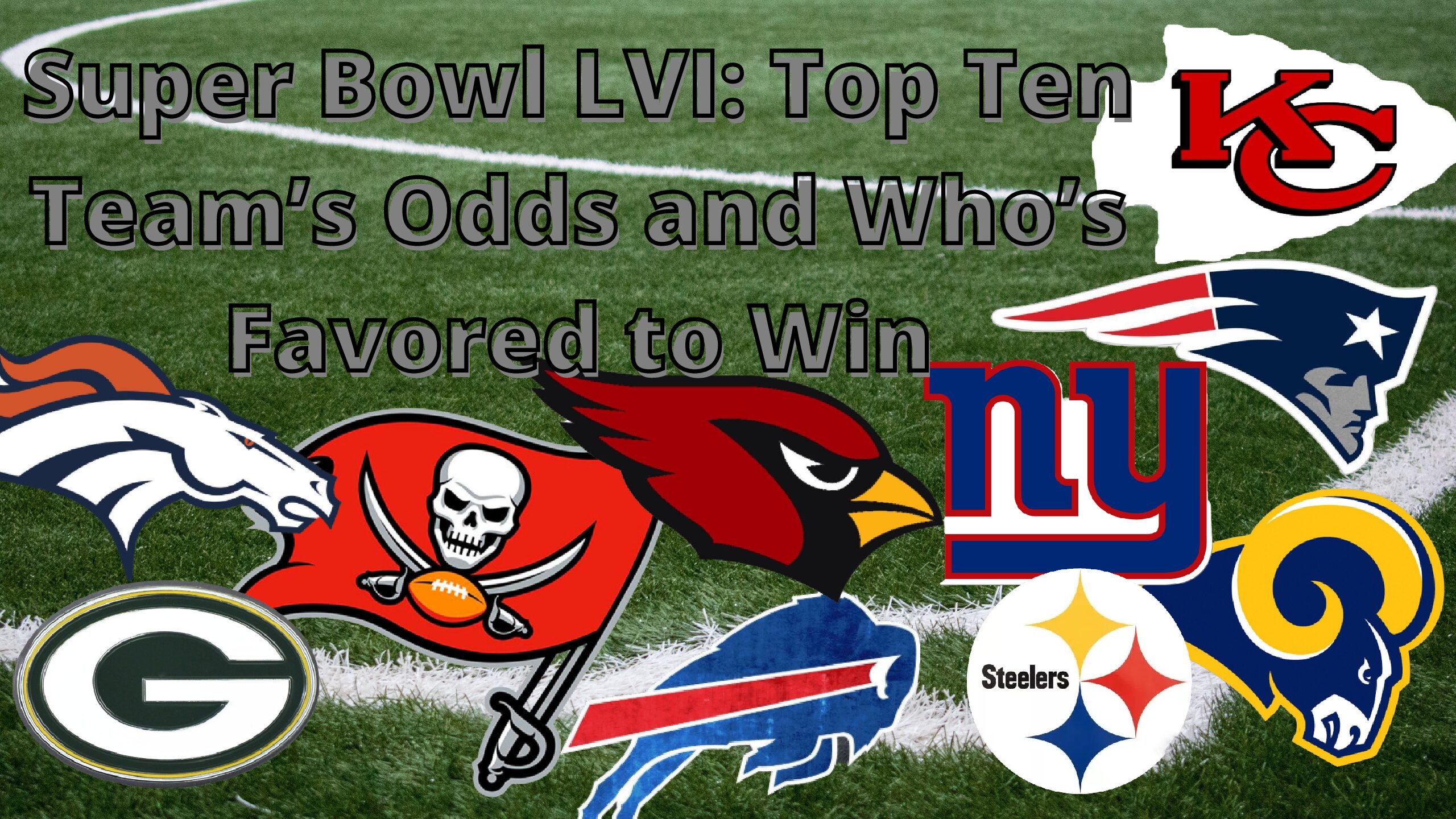 Football season is underway with wild games unfolding as we enter January and the playoff predictions will begin to solidify during the coming Sundays. As football fans prepare for the coming months, it is clear that some teams have begun to push ahead. Teams have also started consolidating their play-off positions, affecting who will come out on top.

For the last two decades, the New England Patriots have been high on football fans’ betting pool lists. But since the departure of their star quarterback, Tom Brady, the Patriots struggled at the start of the season and the long-time champions didn’t even make it into the top ten teams. Brady’s new team has been headlining for the Super Bowl LVI odds at +500 going into the third month of the football season.

Brady has managed to completely change the luck of the Tampa Bay Buccaneers with his experience from playing in the four out of five Super Bowls he has attended with the Patriots. Not to mention, the Bucs players are much more talented than some players he was working with towards the end of his time with the New England Patriots. But while the Patriots were momentarily struck by the loss of their quarterback, they have still managed to win six games in a row. In doing so, they have allowed their fans to feel hopeful about the outcome of the weeks to come. Because of this, Brady might be facing off with his former team for the win.

The Greenbay Packers bounced back from a streak of losses with a win over the Rams, and the team is ready for a deep postseason run with a ferocious defense; making them high on the top ten list and +800 to win the Super Bowl. The Kansas City Chiefs, now at +550, were the favorite early in the season followed by the Tennessee Titans (+2800), the Dallas Cowboys (+3000), and the Arizona Cardinals (+1800).

Another big opponent from the past few weeks was the Chiefs when their defense took them to a 19-9 win over the Cowboys. The Chiefs have now increased their all-time high score by just 14.5 points per game over the last six contests. Their offense has the potential to be one of the most powerful devices in the NFL, but the Kansas team’s defense stepping up is notable, making them another favorite for the Super Bowl win. The Buccaneers were tied with the Buffalo Bills as favorites to win Super Bowl LVI in November, but some fans’ opinions have changed after the dominant win by the Buccaneers over the New York Giants along with the Bills’ loss to the Indianapolis Colts.

While other teams are a shoo-in for the Super Bowl victory, the Los Angeles Chargers and Minnesota Vikings may be teams to stay away from when it comes to aiming for the Super Bowl winner. While both teams looked ready to celebrate another victory in the thirteenth week of the season, they were taken down by the Broncos and 49ers, respectively. Both teams could still make the playoffs, but most fans’ hope for potential victory has gone down substantially. It also kept the Tampa Bay Buccaneers and the Kansas Chiefs the top two teams for the Super Bowl.

The next Super Bowl game is taking place in the SoFi Stadium in Inglewood, California, on Sunday, Feb. 13, 2022. Tune in to see who wins, or maybe just watch the commercials and spend time with your friends.

Sources to keep up on scores and Super Bowl odds: