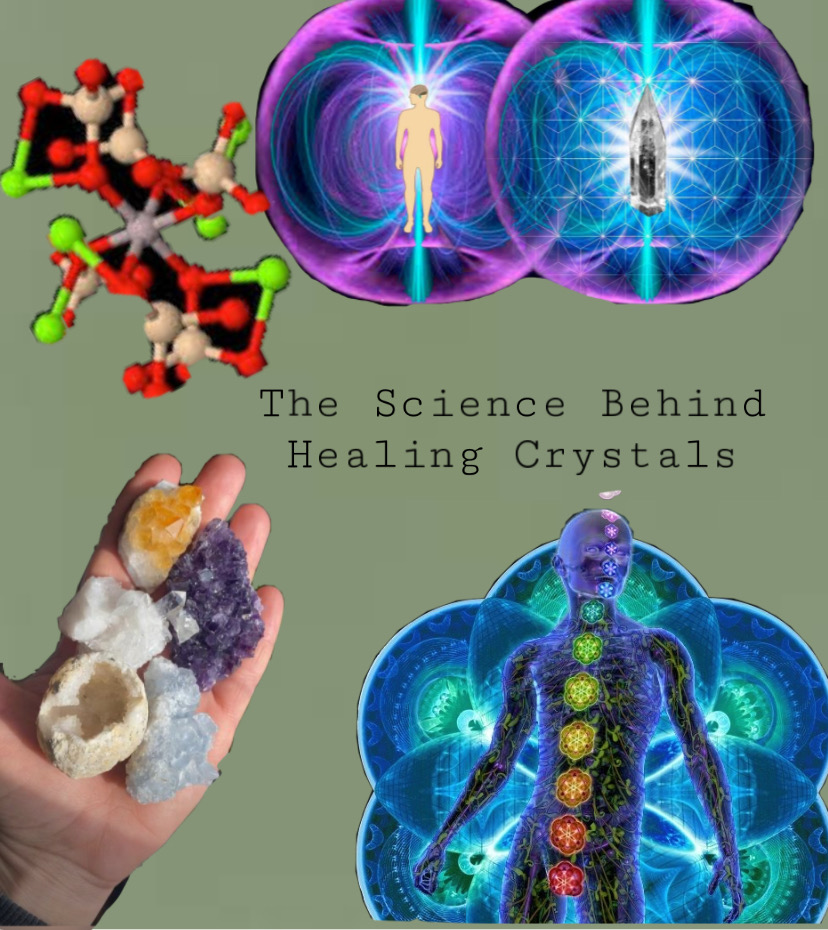 A Deeper Meaning to Spiritual Healing

Over the past year, the popularity of healing crystals has sky-rocketed. While many people went to their local crystal shop and learned about the different kinds of crystals, others are still left wondering how rocks can make an impact on someone’s emotions and situations. Although these “magical rocks” may sound insane to some people, some believe there could be a sort of “magic” to these crystals.

The Times of India reports how crystals create energy, claiming, “These healing rocks and crystals have their particular vibration and frequency, which arise from their molecular composition. From the way they move and interact, these vibrations and energies work in benefiting and uplifting our mood, mind, and health in a considerable manner, often in the way essential oils and aromatherapy work.”

Some people believe crystals create energy from certain vibrations and frequencies; that is why many people use them for spiritual healing, luck, protection, etc. They can also act as a magnet to negative energy, clearing it out and welcoming in good energy.

The Times of India also states, “According to experts, crystals [can] act as a power [vessel] for healing as they allow positive, fruitful energy to flow into the body and do away with the negative, toxic energy. Like other forms of alternative therapy, crystals work by channelizing your energy levels, thereby focusing on healing your body from the inside.”

In a more spiritual explanation, because crystals are naturally made, they contain the energy of the sun, moon, and water. The sun, moon, and water are all the main elements of spiritual healing. Many people believe that when you hold a crystal over your body, it links with your chakra and creates mental wellness, cleansing, and much more.

When going to a crystal store, many people can be drawn to certain ones. This is because the energy the crystal is giving off can match the energy you are exerting as well. Both you and the crystals let off vibrations, so your body’s energy can start matching the crystals, causing attraction. Karen Frazier, a psychic medium, tarot reader, and energy healer, states, “Since humans and crystals both vibrate when they are placed in proximity to one another, they lock into phase and begin to vibrate at the same rate.”

Coleen Sanford, a resident in Huntington Beach, explains her reasoning for buying obsidian at a crystal shop. “I am never usually attracted to this one. If anything, it would be my last pick. I’ve had a really rough past month, and now this is the only crystal I want. Super odd.”

The woman running the store explained to Sanford that, because of her troubling past month, the obsidian captured her bad energy and cleansed it. It could have been just what she needed at that time, so the attraction was made clear.