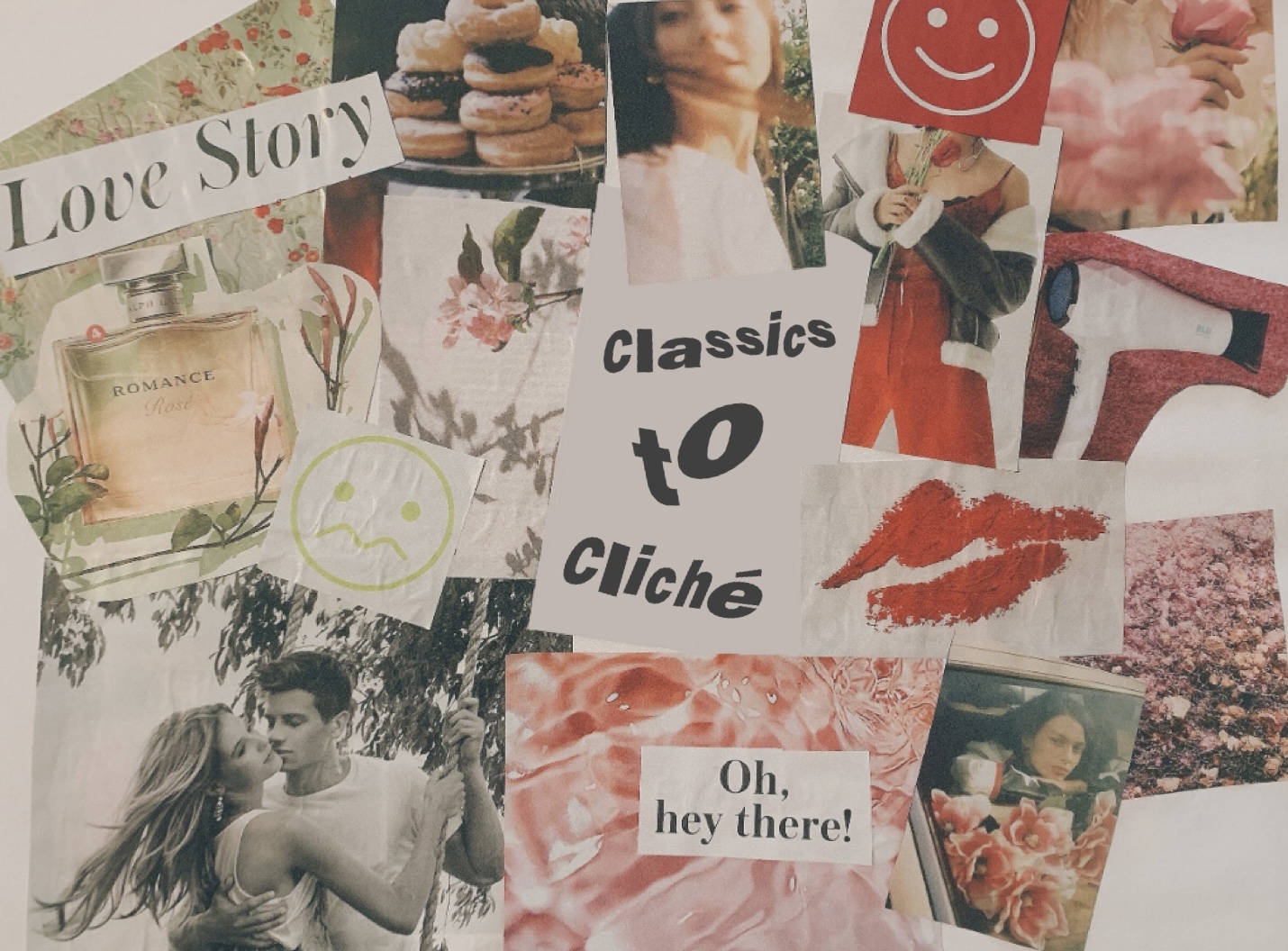 Original collage featuring elements of love such as perfume, confections, lipstick, and other aesthetic images by Kayla Nguyen (Kayla Nguyen)

Original collage featuring elements of love such as perfume, confections, lipstick, and other aesthetic images by Kayla Nguyen

A New Look for Rom-coms: Classics to Cliché

The beauty of romantic comedies is exploring the process of a blooming relationship in an amusing manner. However, recently rom-coms have lost that aspect of natural interaction and instead sculpt a false image of what a romantic relationship entails.

In a survey conducted at Huntington Beach High School, students were asked, “What are recent rom-coms lacking/missing that old rom-coms had?” Consequently, out of the six options, 65% of the participants replied that a “message” is absent. Messages are essential to films because it leaves the audience with questions that are open for debate.

“Having a message, albeit a subtle one, or at least posing interesting questions in a movie is as important as espousing a viewpoint or a personal insight in a play, a novel, an artwork or even a song because it adds gravitas to the creative endeavor,” Geraint Anderson, an author, shared from Raindance, an independent film school.

The film, The Wedding Planner, released in 2001, follows the roller-coaster love story of a wedding planner who falls in love with a pediatrician. This movie presents unique messages to the audience as it highlights the protagonist’s internal struggles with doing the right thing and listening to her feelings. Throughout the film, she battles her desires to be with the one she is charmed by as she would rather let go of him than be in a relationship half-heartedly. The Wedding Planner leaves the audience with a burning question of whether to listen to one’s heart or not.

Moreover, when discussing newly released rom-coms, Brooklyn Menchaca, a freshman at HBHS, revealed, “I feel like a lot of [newer] romantic comedies often lack a moral or a message, it’s usually just romance or [portrays the idea that] anyone can find love if you look for it, which isn’t always really true.”

For example, in newer releases such as All The Boys I’ve Loved Before and The Kissing Booth, though each film has a personal life lesson established, they both focus on the idea of “finding love if you look for it,” because both protagonists are placed in a position which forces them to confront their crushes.

Ella Acciacca, a senior, expressed her thoughts about modern rom-coms. “I never really find reciprocated passion amongst the two leads, the messages are purely romance, [there are no] society takes.”

The stark difference between the two is that new releases lack social difficulties, and instead, it focuses on pure entertainment that places unrealistic expectations for others. Another reason why the newer movies are out of touch with their audience’s emotions is due to them generally being rooted in social media and “teenage culture.”

“They always end up feeling out-of-touch or inauthentic because you can clearly tell that the people writing these films are older adults who don’t understand teenagers at all,” Gianna Nguyen, a senior, voiced. “This also means that the messages they try to convey with these films aren’t relatable or applicable to teenagers today either; the romances and comedic beats also suffer from this.”

This is evident in He’s All That, in which a TikTok influencer’s objective is to give the school’s loser a complete makeover while redeeming herself. The movie utilizes social media as a relatable point for teenagers, but in reality, it gives the plot a quixotic turn that strips the genuine sense of romance between the main characters.

The vital elements that new romantic comedies are missing are realness and relatability. The films have translated to stories that are not grounded in reality, and instead, they have adopted a new look that has gone from classics to cliché.