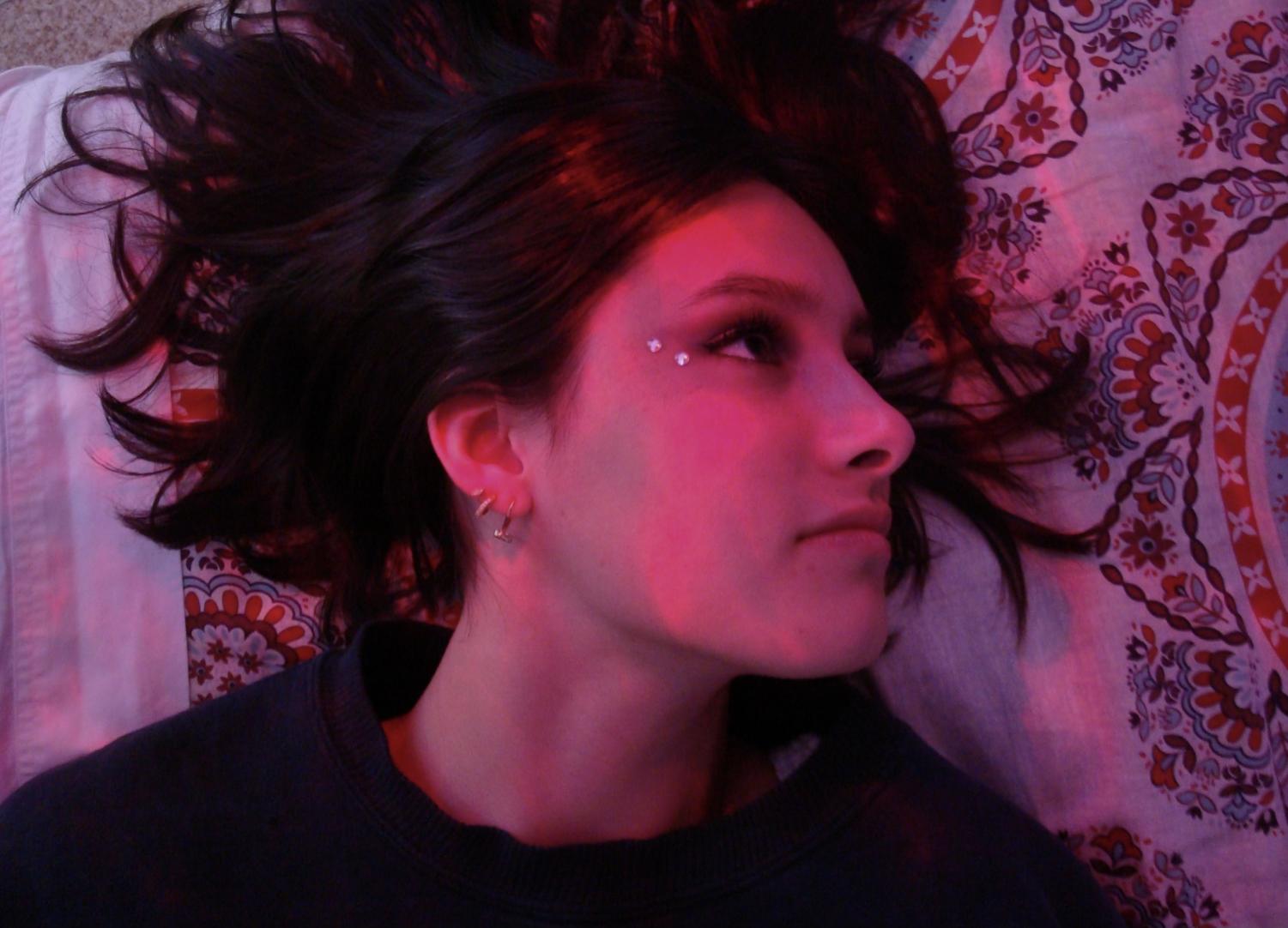 With its striking makeup looks and unique styles of fashion, it is no surprise that Euphoria has now become one of the most popular drama series on HBO. Nearly tripling in viewers as season two has come to a close, the resurgence in trends that emerged since the release of its first season is notable. With its immense impact on viewers because of its gut-wrenching plot regarding drugs, addiction, abuse, and violence, it has also affected viewers in an unexpected way.

Through Euphoria’s stylistic choices in their depiction of teens, many feel that they resonated with the show because the makeup and fashion had deeper stylistic meaning as opposed to simply following the current trends. It represented the individualistic and experimental quality of Gen Z and their willingness to step outside of what is conventional — something that is often overlooked in most television series. Doniella Davy, the makeup designer for the show, said for Grazia Magazine, “As beautiful and as trendy as the makeup renderings were, the thought process behind them has always been much deeper.”

Davy, the genius behind Euphoria’s makeup choices, elevates the show to another level. Each character’s outfits and makeup often correlates to what happens in their daily lives and, additionally, simulates character development. Davy also details that she created a new game plan for season two’s makeup, which differs from the previous trends of season one. While Davy was amazed with the positive feedback she received in the first season, she wanted her signature on each character to be interpersonal, something that would dismantle typical makeup standards. Davy added, “A bold makeup look doesn’t have to be a huge look. You can do smaller details, and create something bold and something expressive without seeing it from a mile away.” 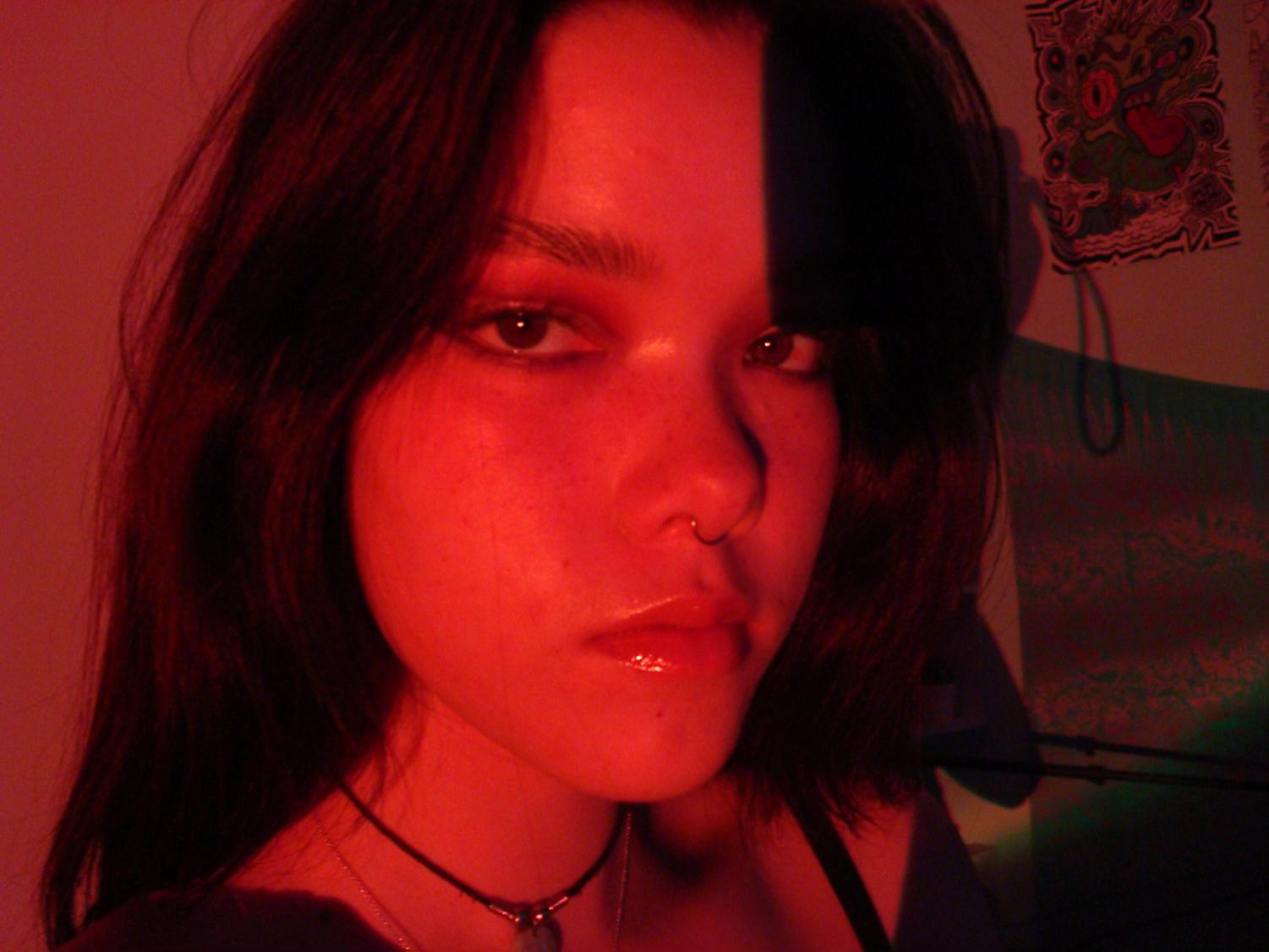 Neon-red lighting captures Lili Baker in Euphoria-inspired makeup. (Photography by: Lili Baker)
“Conventional makeup” in the past has always dominated social media and set the precedent for what others should wear. When season one set the stage, many saw that it deviated from the makeup status-quo. Since then, the progression that was seen from season one to season two has allowed many viewers to appreciate and explore the diverse possibilities for self-expression.

“Makeup is my favorite form of self-expression. There are so many different ways to use makeup,” said Kylie Hayes, a junior from Huntington Beach High School. “You can present more masculine or feminine, seen as full of color and life or dark and mysterious, or you can simply do mascara. It is completely up to you, there is no right or wrong in technique or color combinations.”

Additionally, Gen Z feels validated due to Euphoria’s depiction of self-expression being boundless, leaving many feeling inspired to recreate similar looks from the show. “[Euphoria] made me think about how I really want my style to be and how I wanted to make my style more individualistic,” explained Bellamy Heinonen, a junior from HBHS.

“I think the way they used makeup was super interesting because Euphoria not only used it to express personality but also emotions. For instance, when Cassie or Maddy was in a bad mental state, they wouldn’t be wearing the bold makeup and colors that they usually do,” a junior from HBHS, Lissa Wolters, voiced.

Euphoria transforms modern makeup parameters by showcasing the wide variety of looks that anyone can wear.

The unique fashion choices in Euphoria are also an aspect that leaves a lasting impact on young viewers, one that was able to carry through from the first season to the next. In contrast to other high school drama series such as Riverdale or Outer Banks, the outfits in Euphoria were modeled from photos of real teens.

“In general, all my references printed on the wall of the costume office were modern pictures of teens today. Instagram is a goldmine for current style references and inspiration,” said Euphoria’s costume designer, Heidi Bivens.

Throughout the show, Bivens wanted the series to have an environment where teens would be able to look at the screen and relate. She strived to create a portrayal of Gen Z that was as realistic and accurate as possible. This was reflected in her costuming choice to use few designer name brands, and incorporate more clothes that could be accessible to the general public. For instance, the characters’ wardrobes in Euphoria often featured thrifted and vintage clothing or other popular clothing brands like I.Am.Gia, Converse, and OhMighty.

Bevins also further encouraged the freedom of self-expression through each character’s styles, by bringing attention to the role gender expression plays in fashion and the way that it affects teens.

“While designing the show, I’ve tried to be aware of what is heteronormative and not fall into stereotypes of what is considered traditionally masculine and feminine. Rue is a character who likes to be comfortable and while she has a distinct personal style, it comes naturally to her. She has been consistent with her style since she was old enough to dress herself; she is clear in her mind about what she likes,” Bevins added.

Rue’s androgynous style in contrast to Jule’s hyper-feminine outfits in the first season helps to convey an important message to viewers of all ages, that clothes are not binary. For most audiences, especially young ones, representation of all types of people is something that is usually lacking in television. In most cases, costuming is decided based on the assigned gender role of the character, and what is conventionally accepted as masculine and feminine, with no in-between. This mindset can be harmful to the young and impressionable, oftentimes, teaching them that they must fit into a certain category to be accepted by society.

However, Euphoria veers away from this mindset through the portrayal of Jules, a transgender teen trying to navigate high school. The changes seen in her outfits from the first to second season help to convey how the act of dressing more masculine than she previously did does not take away from her identity as a woman. It brings to light the significance of both the use of clothes to express who you are as a person, but also the wide range of uniqueness and diversity in the way that we dress.

“I think this way of showing each character in their personalized wardrobe is good because we can see beauty and style in more ways than just a classic white girl, basic, modern trendy sense. It shows us the variety of character and personality, not the same carbon copy girl that might appeal to men” said Zachary Weisheit, a sophomore student at HBHS.

In essence, the makeup and fashion choices in Euphoria have much more depth and meaning than meets the eye. It expresses to viewers that makeup and fashion can be an outlet used for creativity and self-expression, one that should not be confined. Though it might seem like a risky move to some, the step away from the traditional beauty standards and trends portrayed in Euphoria helps to encourage the explorative characteristic of Gen Z that is often lacking in other modern media portrayals of teens.