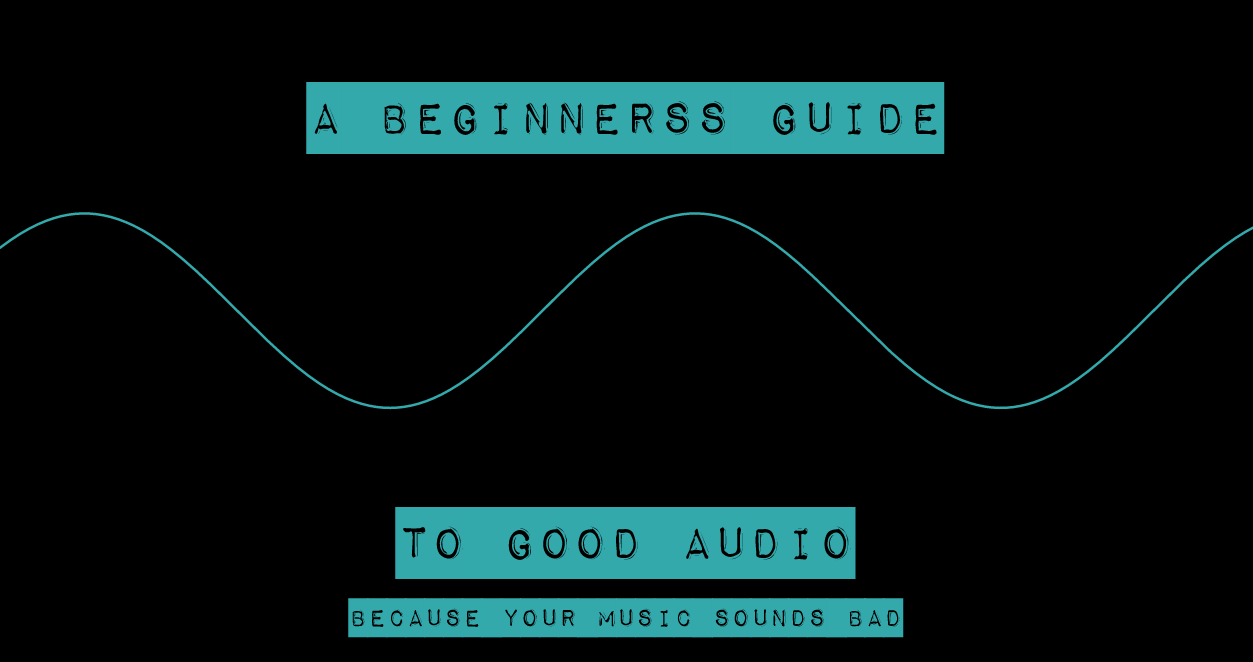 (Photo by: Landon Chatelier) The blue line is a sine wave, the type of signal that creates audio.

Your Music Sounds Bad, But Doesn’t Have To

Audio has gotten so good in the past fifty years, that if you went and showed something as basic as a CD to somebody in the 1970’s they would probably explode. High-quality audio is much cheaper than it used to be. The standard apple earbuds, despite being about $19, are of great quality. For that price, you can get a product that can blow Thomas Edison’s Phonograph out of the water, for 1/20th of the price.

HiFi, or High Fidelity audio, is traditionally thought to mean listening to music exactly as the artist intended. More recently, it has taken on a more broad meaning of just high-quality audio in general. For a long time, people tried to keep their music accurate to the artists’ original vision, but now, with modern tech, HiFi enthusiasts tend to make things sound to their liking.

In recent years, audio quality has been better than ever. Our technology is constantly improving. Things only possible in movie theaters 30 years ago are now common in homes. For very little money, we can get surprisingly good quality. But for a bit more, how good can it get?

So, I need to introduce a few basic components of a HiFi system. There are amplifiers, Digital to Analog Converters (DACs), speakers/headphones, and of course, a music source.

Let’s start with amplifiers: amplifiers (or amps) take the very low power signal that is your music and make it powerful enough to go out of your speakers or headphones. Amps come in all shapes and sizes; from the tiny amp inside of your phone to the giant ones that power stadiums. All listeners need an amp.

An often overlooked component that is practically necessary for the 21st century is the DAC. A DAC takes digital audio, like music on Spotify or a CD, and turns it from digital to analog. When a signal is analog, that means it is a normal electrical signal. Things like vinyl records or cassette tapes would be considered analog. Meanwhile digital is a different type of signal. Digital isn’t just a raw signal, it is code that gives instructions on how to perfectly recreate the original audio.  That can’t exactly be pushed through a set of speakers. Despite DACs seeming really complicated, they are actually everywhere. In your phone, TV, laptop, everywhere.

Of course, the most basic components of HiFi equipment are the speakers and headphones. By using magnets and electricity, the speaker moves and vibrates air. And of course, vibrating air is also known as sound. There are many different ways to make sound. The most common however is the dynamic driver. These are speakers that usually look like a circle and shake back and forward to vibrate the air around them. Headphones tend to be a smaller version of the same concept. The main difference between the two though is the power needs. Headphones are very small and close to the listener’s ear, which means that they require little power. Speakers, however, usually use about five watts (a unit of power) versus headphones which rarely use more than one.

Now, let’s discuss a good few beginner setup options for a new HiFi enthusiast. The products I chose here are known for their sound quality, build quality and affordability. A great thing about both of these choices is that they are both entirely upgradeable and can be used for all future projects.

For a cheap budget, a smartphone is the best value choice you already have. Phones have storage for local audio and plenty of capability with streaming services. Services like Spotify tend not to have the most amazing quality, but for a budget option, it’s hard to beat. The music is still of decent quality, and the value of over 70 million songs for $9.99 a month is great. Plus, there is a free subscription with ads.

The KZ KZN Pro is a great budget headphone option. For the price of $23.99, the value of sound is great. There’s a decent base, and they are super comfortable. For a daily driver, there’s not much better than that price. In the future, an amplifier can be a good upgrade for these headphones, but a phone should be more than enough for these. On the off chance your phone doesn’t have a headphone jack, the standard Apple USB-C or Lightning adapter will work great.

Getting into speakers is far more expensive than headphones. It simply requires more material, more engineering, and more money. That doesn’t mean you need to shell out thousands of dollars though. As a matter of fact, there are some pretty good options that are less than $100 total. Dayton Audio is practically the king of budget speakers. Amps, DACs, speakers big and small, all for a good price. The Dayton B652 is one of the best budget options for a cheap speaker. They are efficient, so they don’t require a very powerful amplifier, and are pretty cheap. For $45 dollars, these speakers are great. They are very efficient, but what is a pair of speakers without an amplifier? That’s where the Dayton DTA30 HP comes in. It is a great amp with 30 watts of power, which is enough for most small speakers. Plus, there’s a ¼-inch jack so users can use their headphones.

Option two is of course, much more expensive. $100 is a lot, especially on a budget, but for the price, there isn’t a much better option for new products. Used products however are getting cheaper and cheaper, so it wouldn’t be a bad idea to check sites like eBay for a deal.

There is a huge online community surrounding HiFi; there are truly some great resources all around to learn about HiFi and dig deeper. There’s probably going to be a better setup that costs as much as a house, but who cares? What HiFi really means is listening to the music, and enjoying it because you like it. Have fun with it!