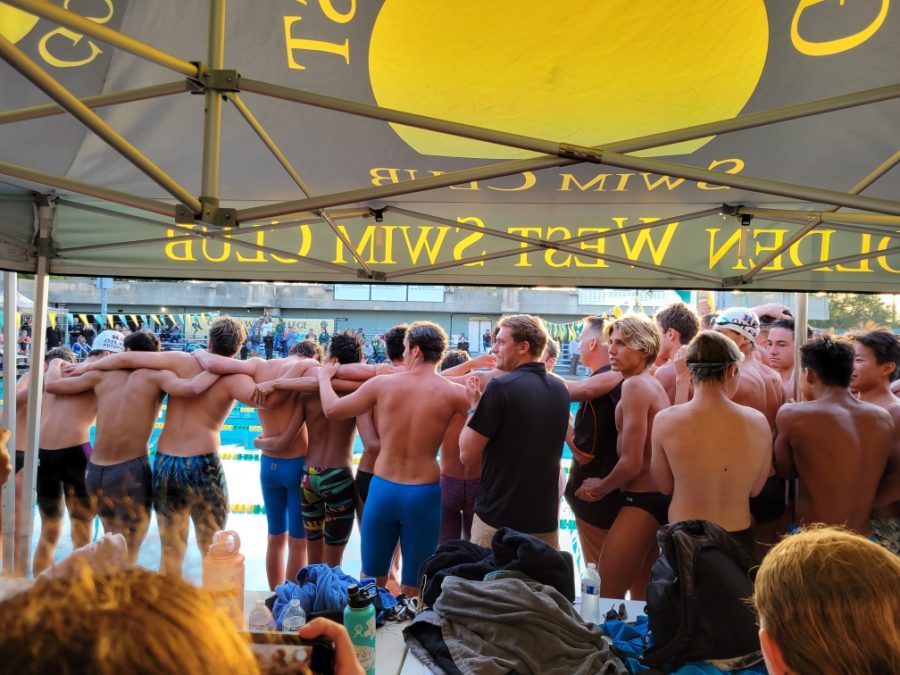 “The season went very well. The JV team won the League title and were the Sunset League Champions. The open team placed second by six points and I had a strong group of girls who competed at CIF. Overall, I am extremely happy because it was a great season,” said HBHS Head Swim Coach, Candice Mason.

Mason again elaborated how the best part of the season was, “watching the swimmers bond, and spending time as a team out of the water, cheering for each other and celebrating each other’s accomplishments.”

The whole team overall did a good job, cheering everyone on, and making the incoming freshman feel welcome. Each meet had music making, inspiring the teams to do well. Both the girl’s and boys’ teams collaborated like one big happy family.

As for home meets, these competitions were fun for all teams because everyone was cheering each other on, and enjoying the comradery. Although preliminaries and finals were the last meets including the seniors. The meet pictured was the last meet of the whole season, and it went well.

At the end of the last swim meet, everyone went to the coach’s table to know which team won. The HBHS Varsity Boy’s Team won and so did the Junior Varsity Girls, making it a celebratory moment for each team. Overall, this meeting was fun, yet sad since the seniors were leaving.

Coach Mason closed out by saying, “ The season went how I felt it would go. My focus was on rebuilding the season after the last two year and building the bonds among the girls, and they created such a strong bond with each other.”